You are here: Home / Products / Serving trolley with brass Medici lions
To Decoration 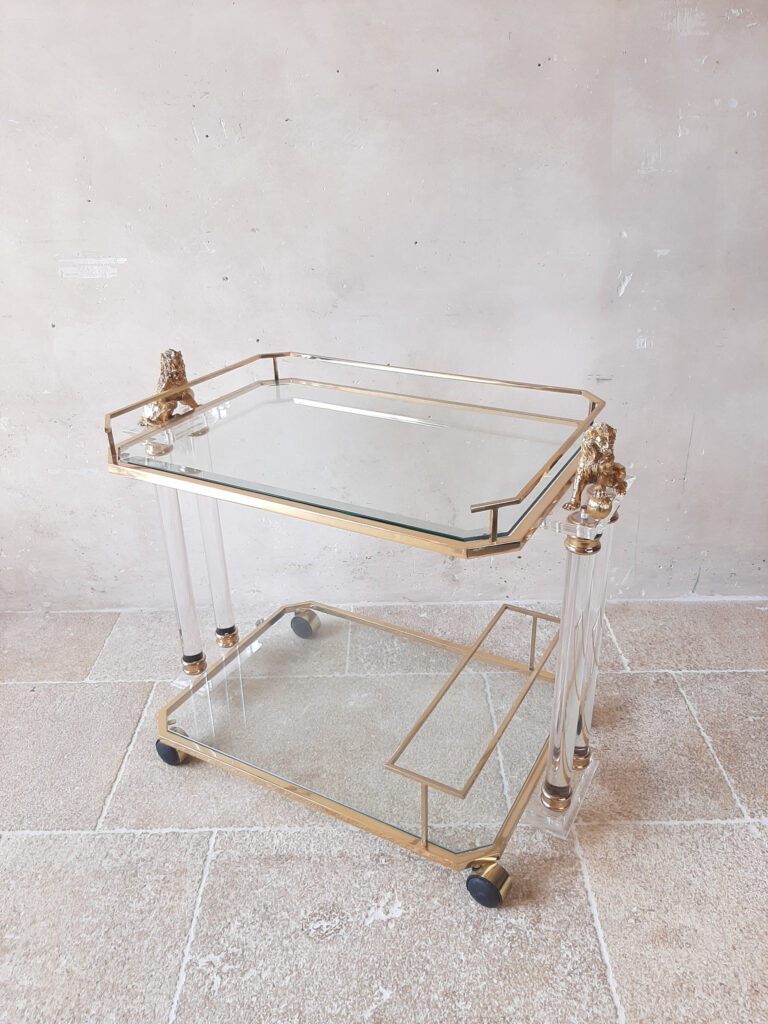 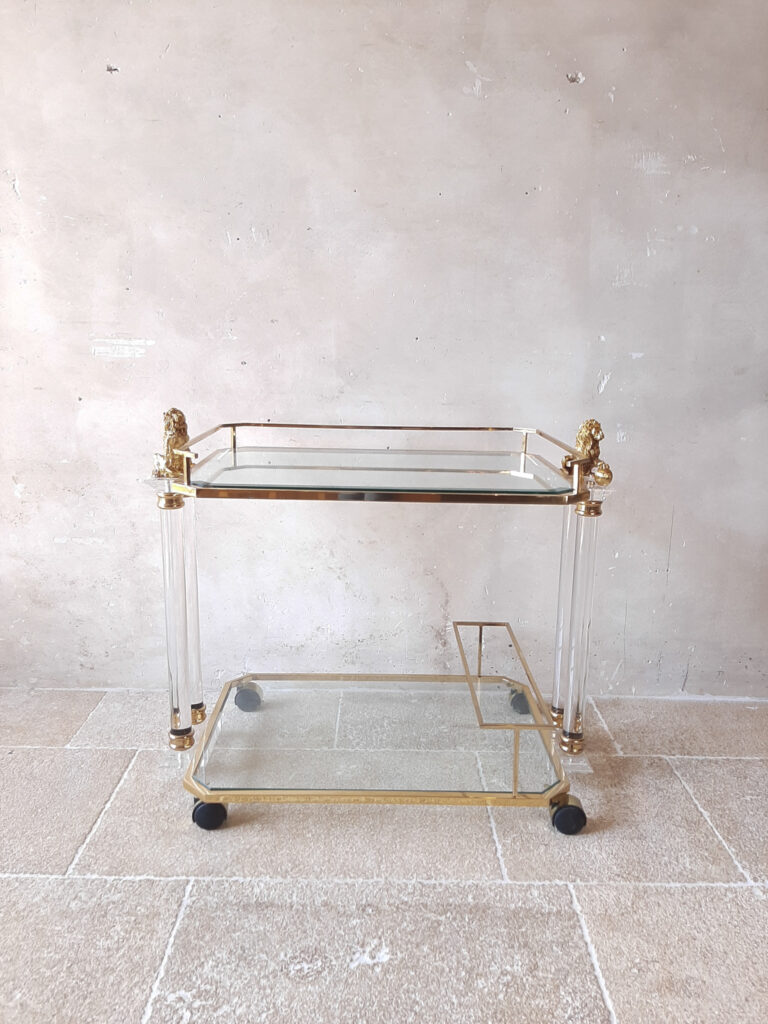 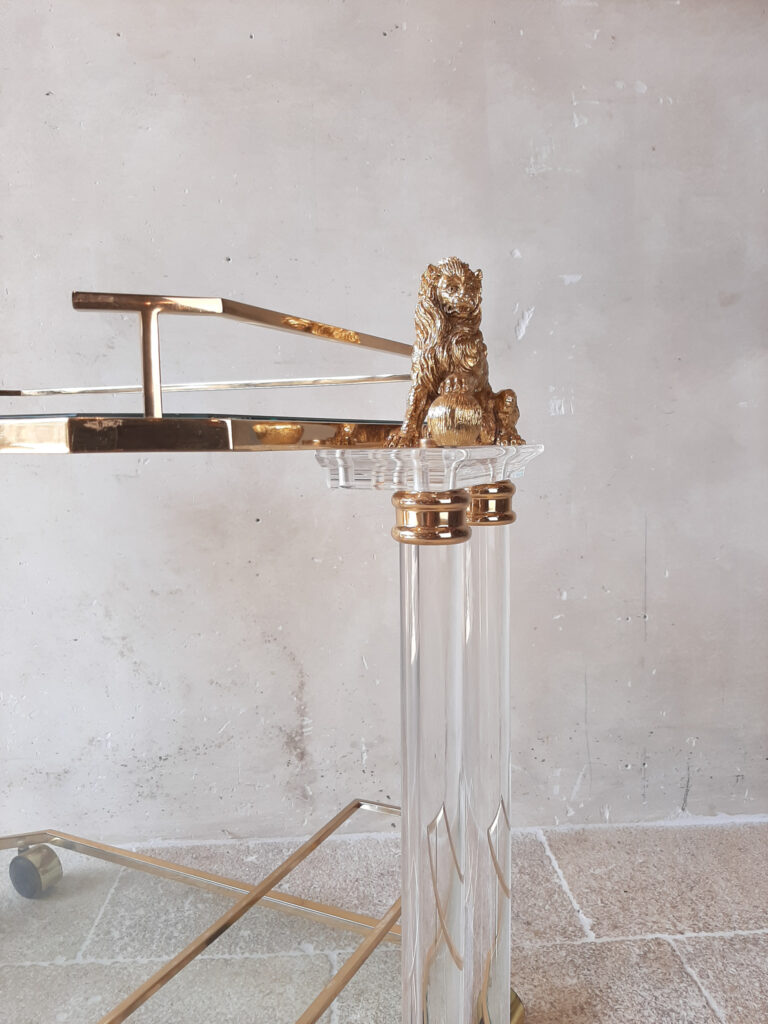 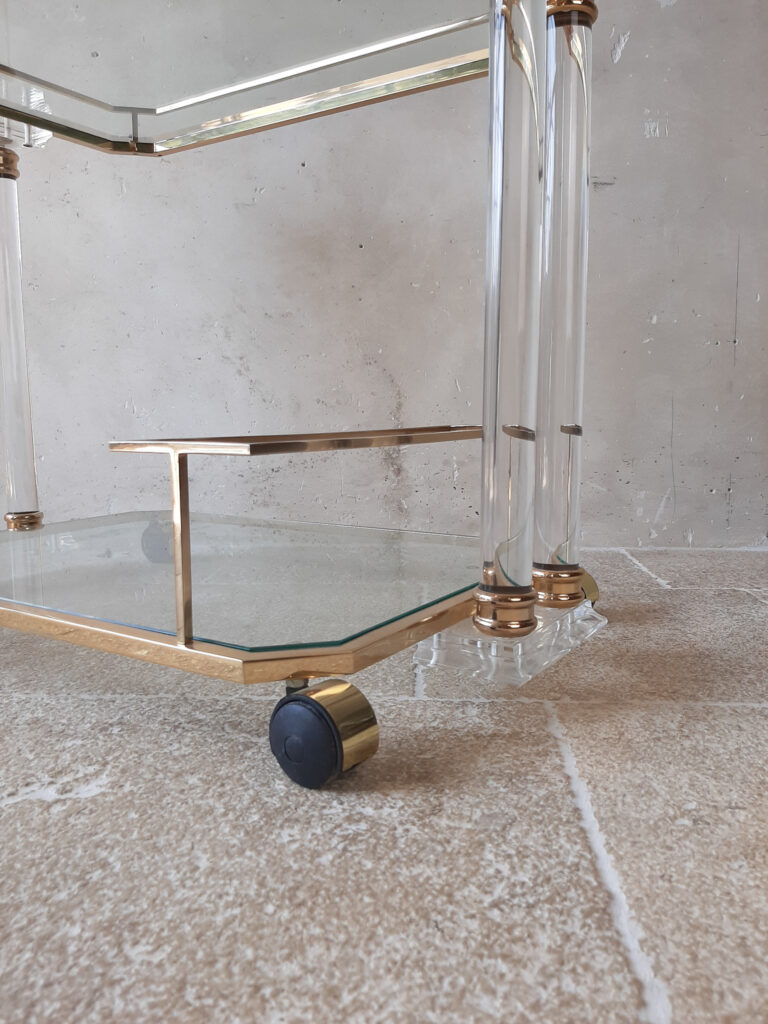 Serving trolley with brass Medici lions. This brass and plexiglass trolley is in Hollywood Regency style and is reminiscent of Maison Jansen and Maison Charles.

The Medici lions are a pair of marble sculptures, one is Roman and dates back to the second century, the other is a 16th century pendant. Both were placed in Villa Medice Rome in 1598. Since 1789 they have been exhibited in Loggia dei Lanzi in Florence. Smaller copies of the Medici lions can be seen in the gardens of the Corleone family in The Godfather (1972).