You are here: Home / Products / Pair of late 17th Century carved wood figures of angels
To all products 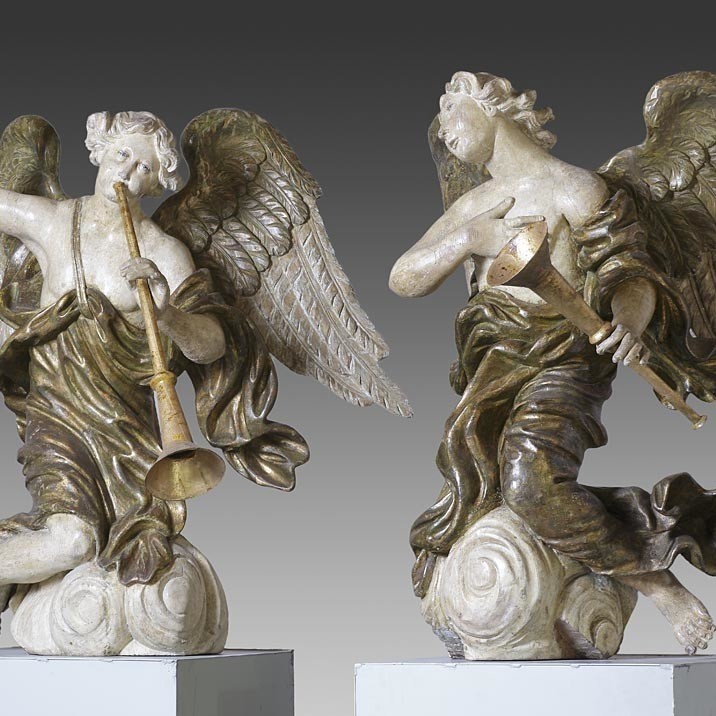 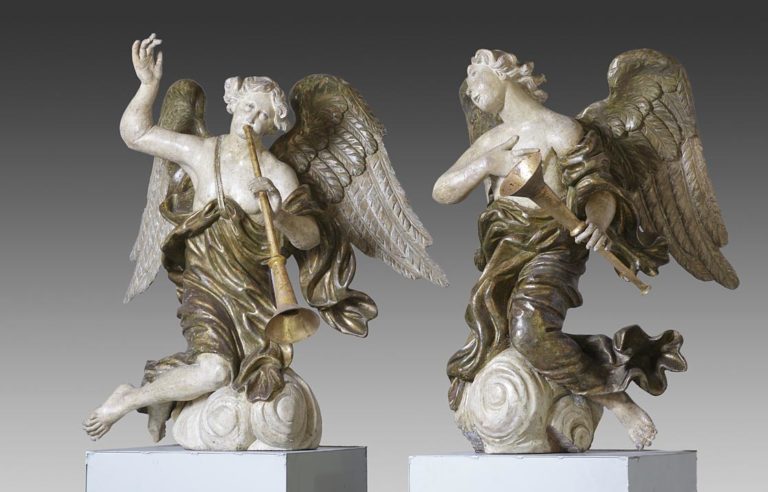 The dramatic pose and composition of these angels, along with the exaggerated, long faces, the sensuous treatment of the loose and unkempt hair and the schematised swirl of heavenly cloud upon which they kneel are all indicative of high Baroque sculpture, and the models are indeed typical of Austrian and German examples of the late 17th and early 18th Century. A pair of comparable Austrian sculpted limewood models of angels, of early 18th Century date and in similar poses was sols at Christie’s Amsterdam in 2012.