You are here: Home / Products / Old mahogany chest of drawers “The Phoenix New Orleans 1807”
To Cabinets and drawers 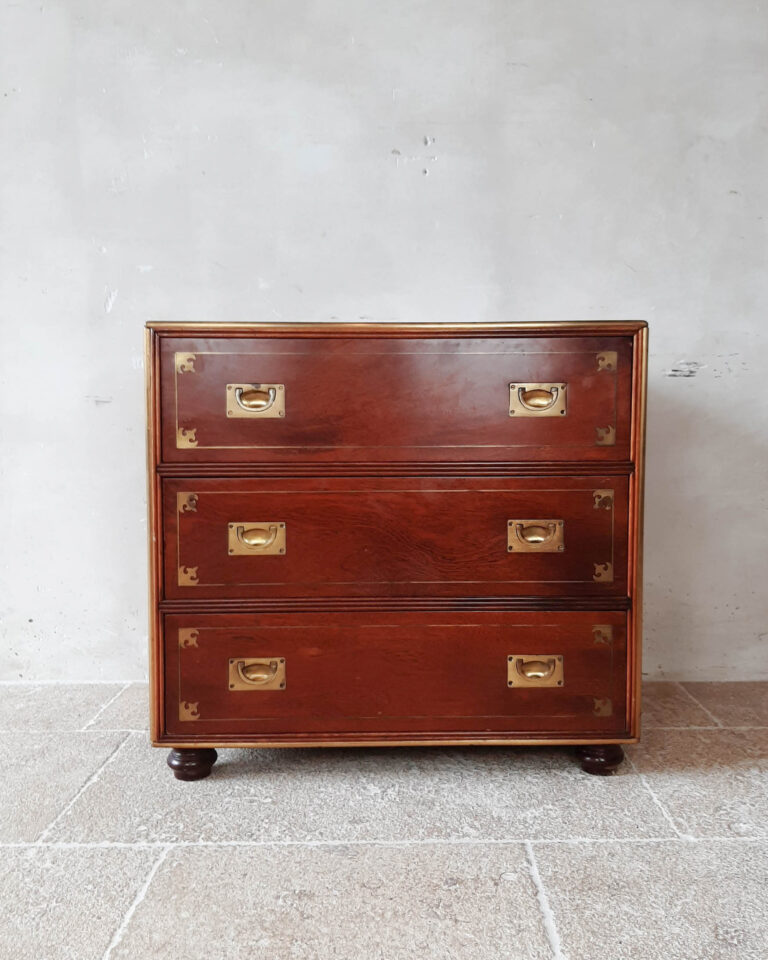 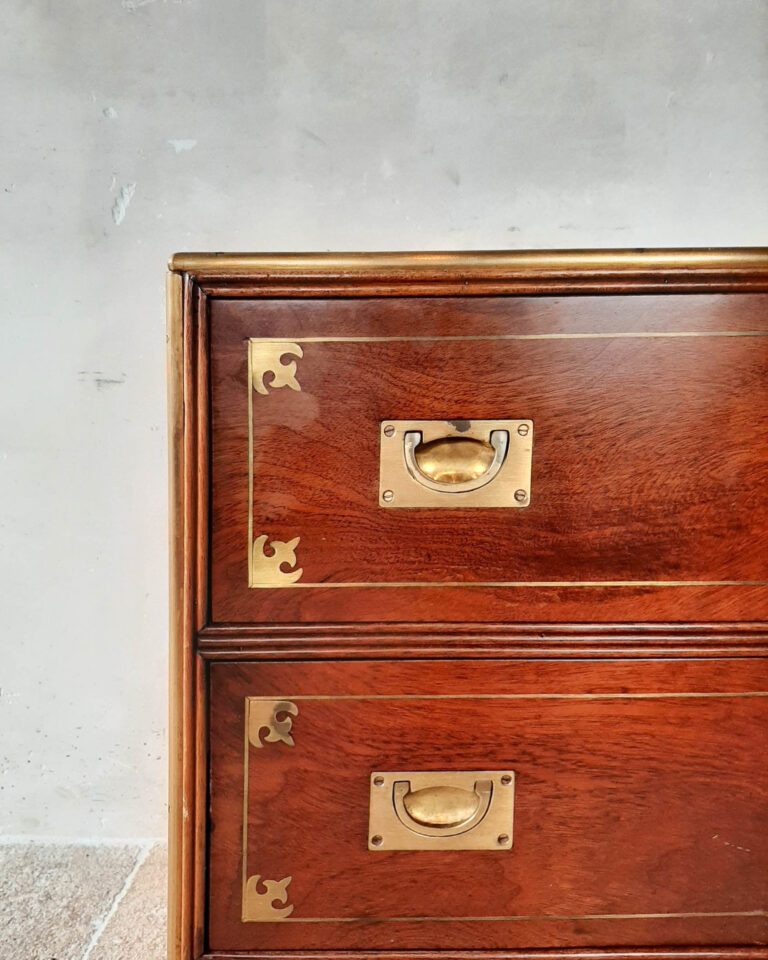 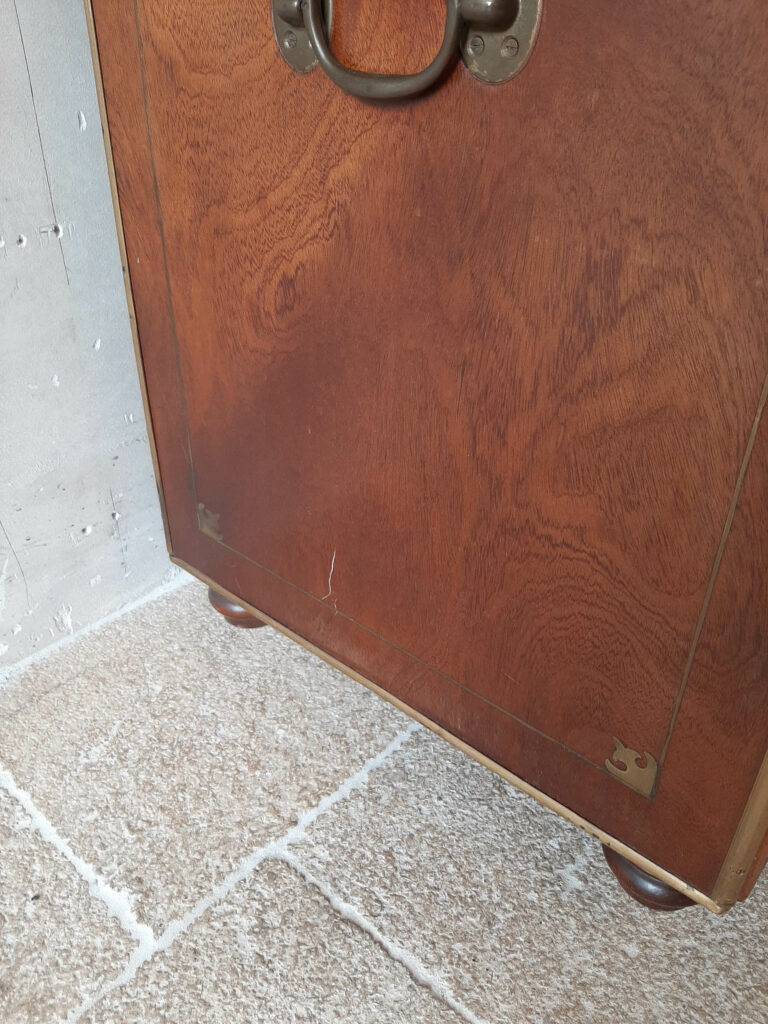 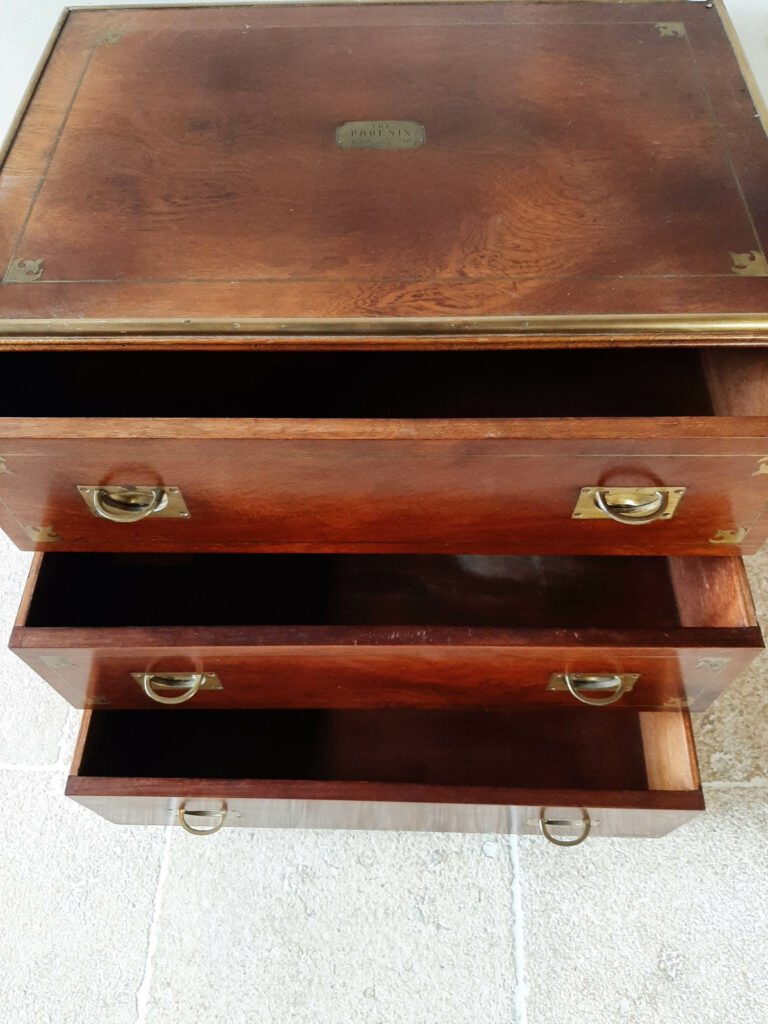 Old mahogany chest of drawers (20th ct), marked “The Phoenix New Orleans 1807”. Beautiful, old American cabinet made of mahogany with brass inlay and fittings. This type of furniture is also called ‘campaign – furniture’, because it is made for travel.

Phoenix was a steamboat built in 1807 by John Stevens and his son, Robert L. Stevens, in Hoboken, New Jersey. Originally built to sail from New Jersey to New York City, Phoenix became the first steamboat to sail the open ocean in June 1809, from New York to Philadelphia.