You are here: Home / Products / Antique sculpted limestone model of the Calydonian wild boar
To all products 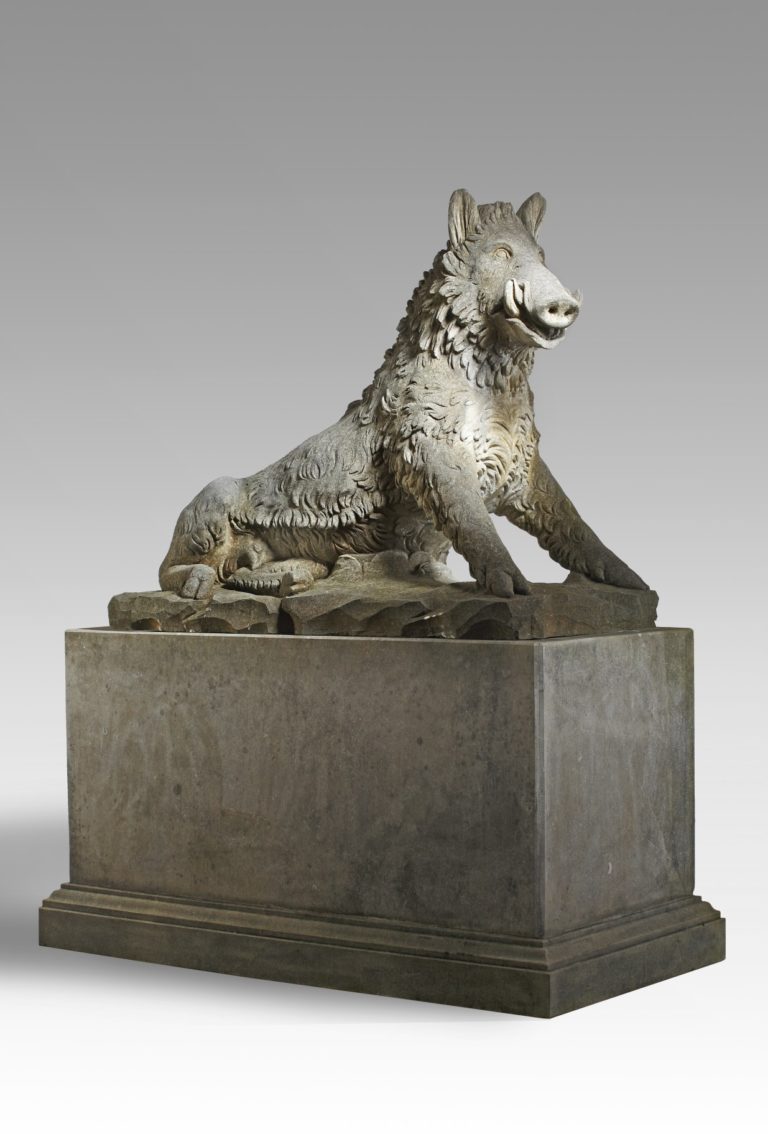 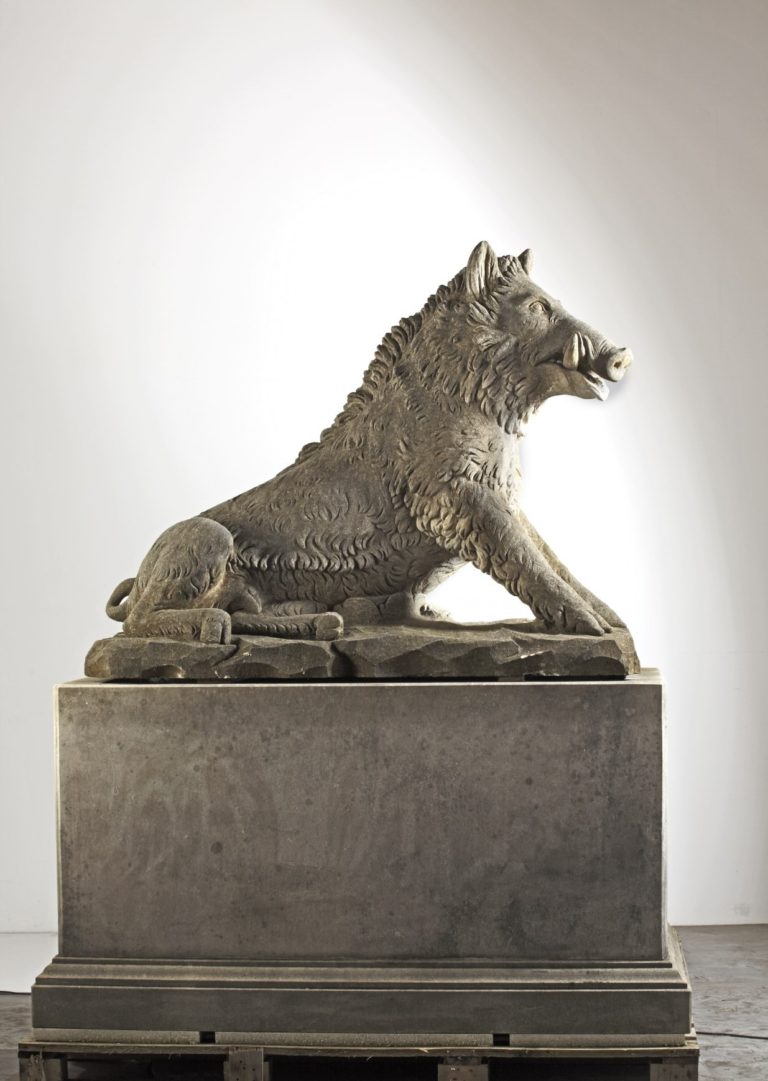 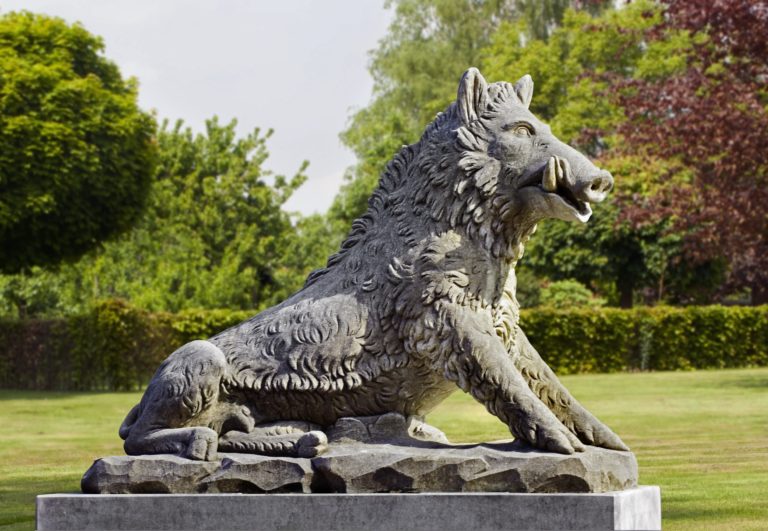 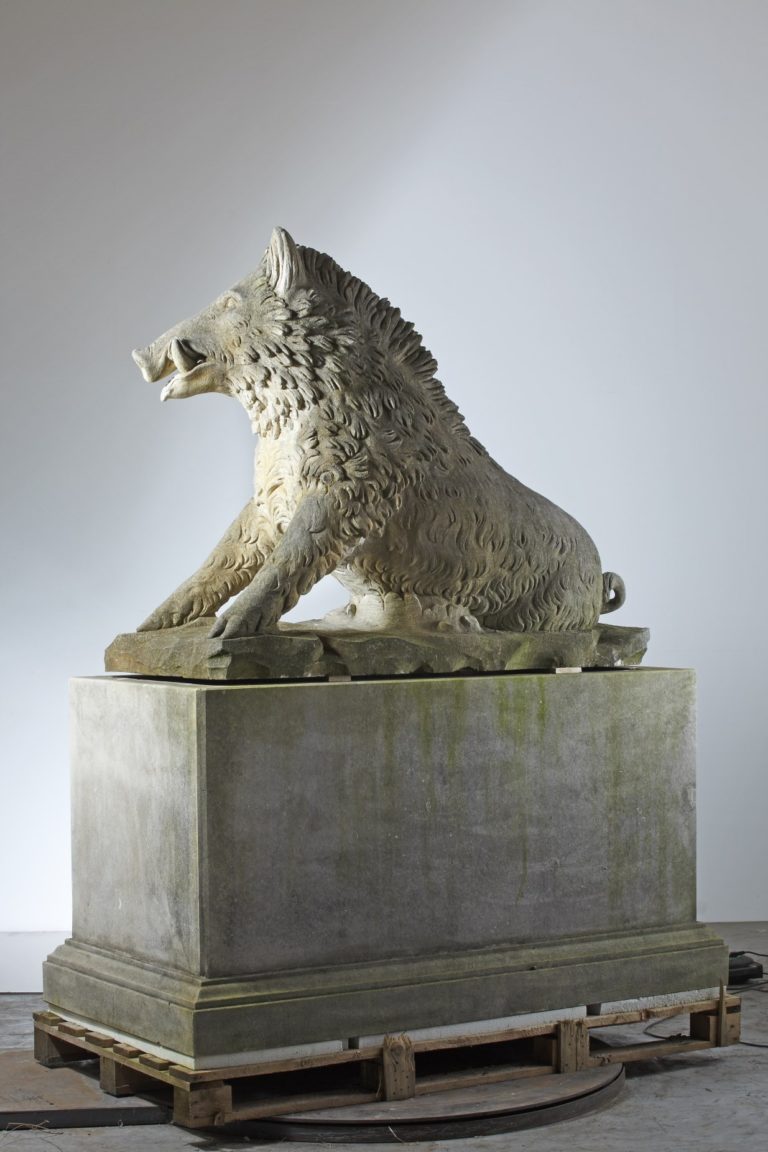 The Calydonian Boar is one of the chthonic monsters of Greek
mythology, each set in a specific locale. Sent by Artemis to ravage
the region of Calydon in Aetolia, it met its end in the Calydonian
Hunt, in which all the heroes of the new age pressed to take part,
with the exception of Heracles, who vanquished his own Goddesssent Erymanthian Boar separately.

The original Wild Boar (held at the Uffizi in Florence), upon
which this example is based is of Roman make, copying an earlier Greek original. It was badly damaged in the fire at the Ufizzi in 1762, and the subsequent restoration was deemed to be somewhat substandard. Resultantly, the Roman example is now rather less visited (and known) than the bronze copy executed by Pietro Tacca for a fountain in the Mercato Nuovo in the early 1630s.