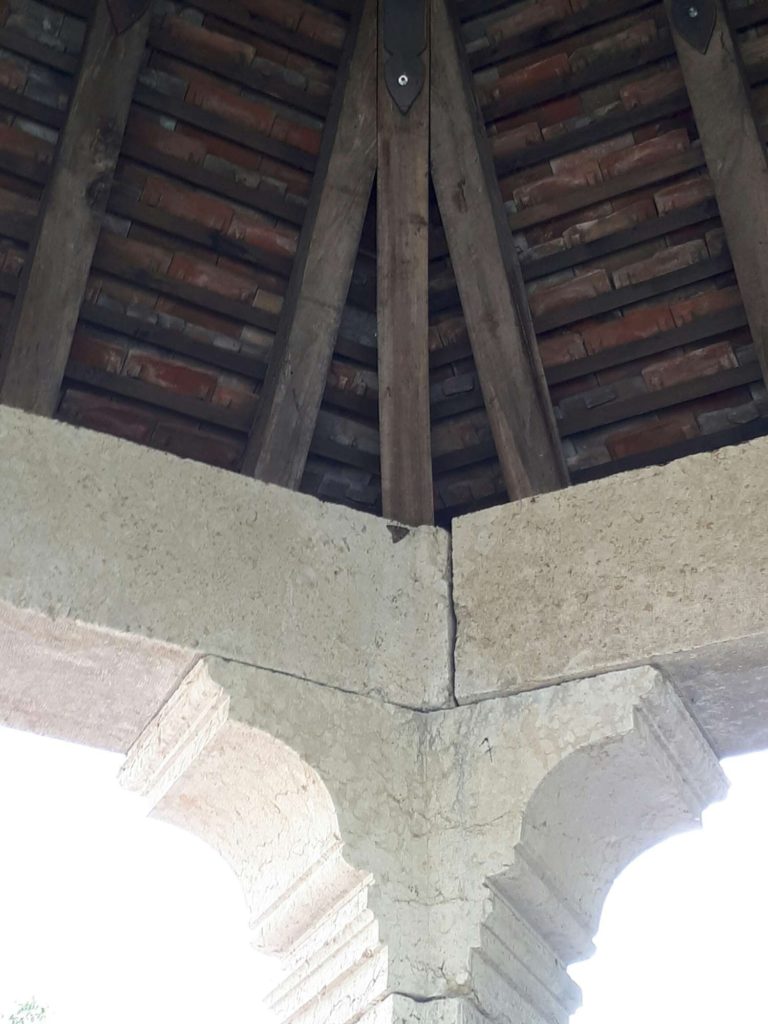 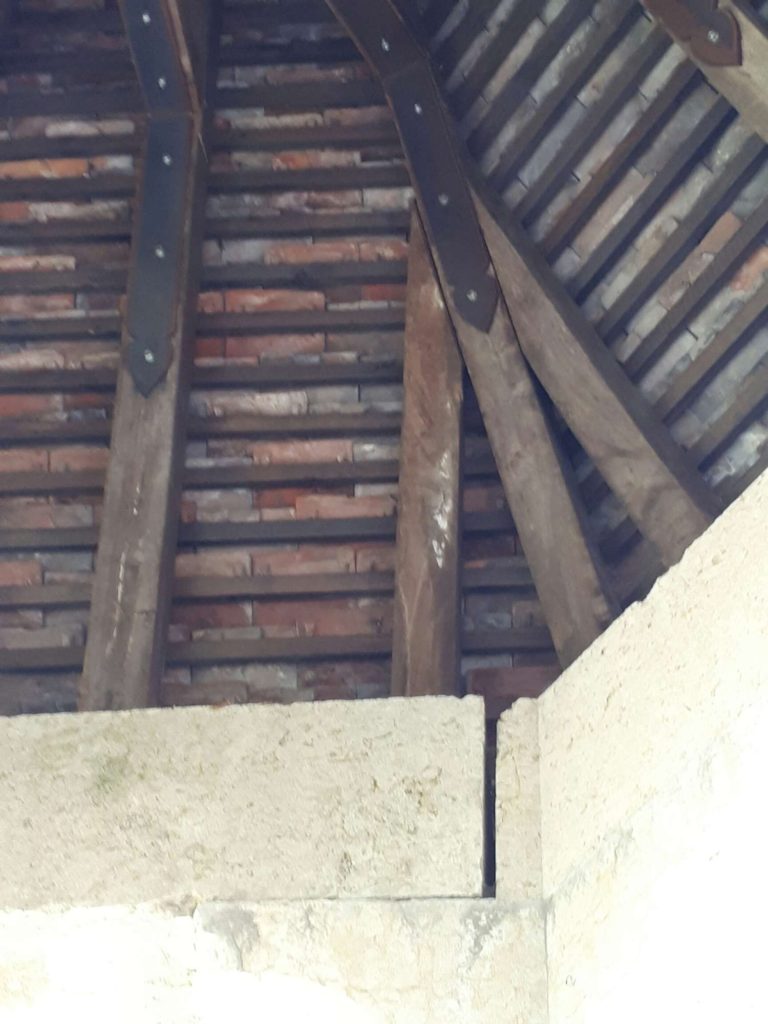 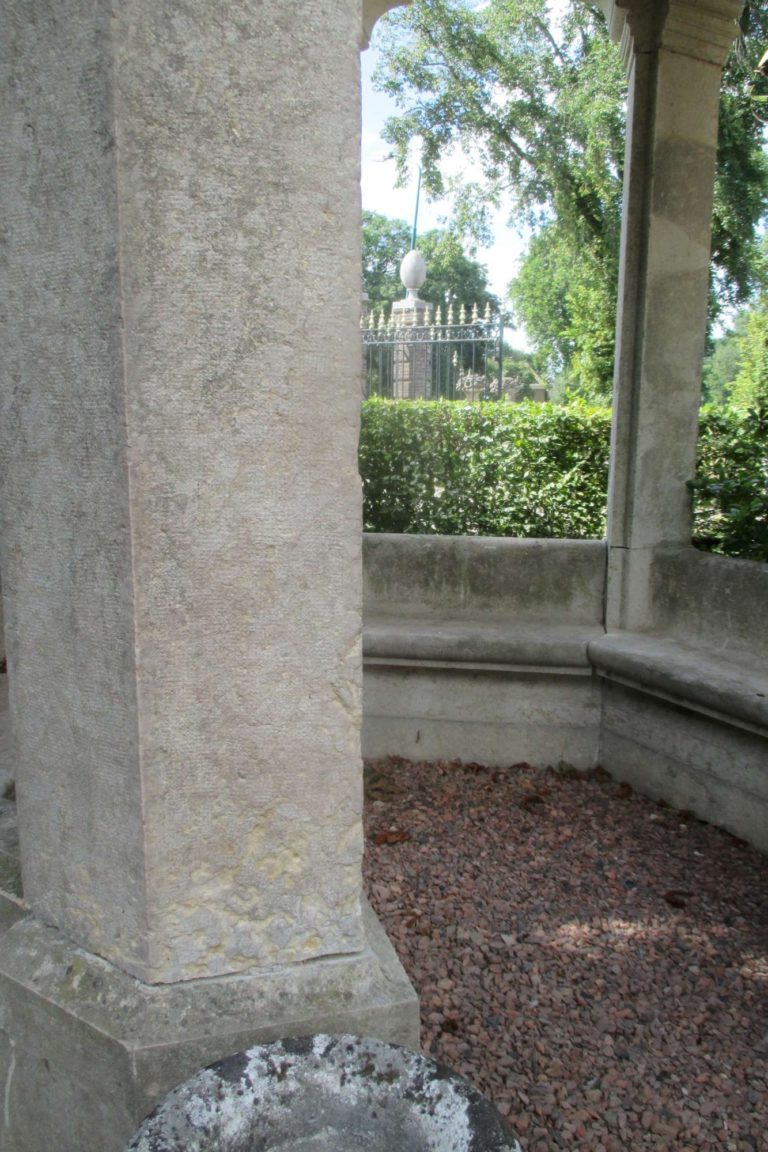 This impressive structure was built in the 19th century between the two grand residences of the Chateau de Thézieu and the Chateau de Petit-Mont, in the north of the Isère region of France. The architect of both chateaux, Auguste Genin, reputedly intending it as a meeting place for the owners of the chateaux, it was sited where the two estates were bordered.

The Chateau de Thézieu was newly built in the fashionable 19th century romanticised Gothic manner, whilst the Chateau de Petit-Mont, previously a much older castle, was rebuilt in the same style.

This gloriette has a septagonal form. The tiled pyramidal roof has a metal finial. The roof is constructed with rectilinear lintels supported on shaped corbels to open sides. The triform section uprights descending to an integral seat around the interior with moulded inner edges.