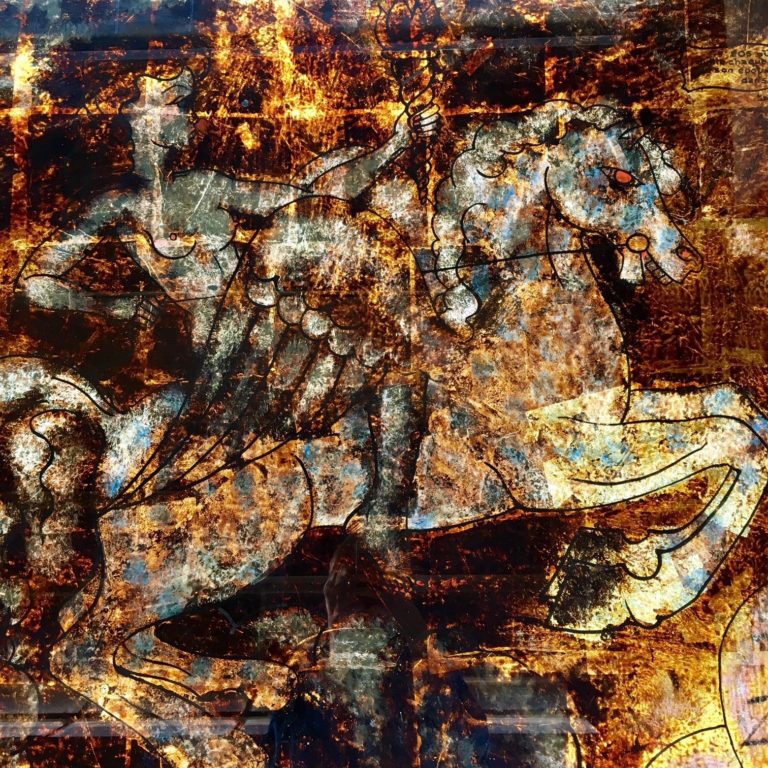 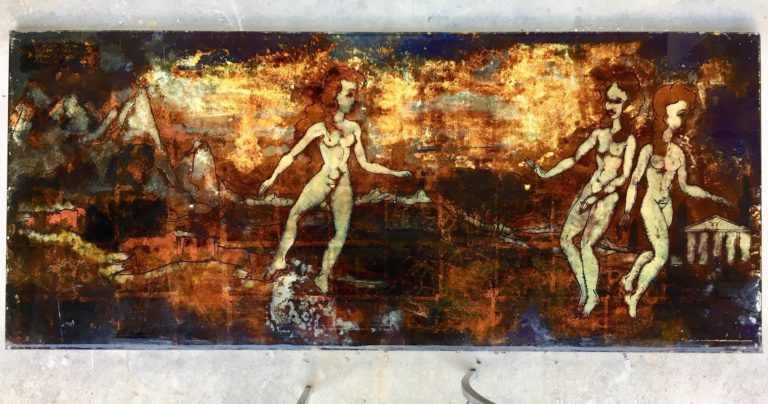 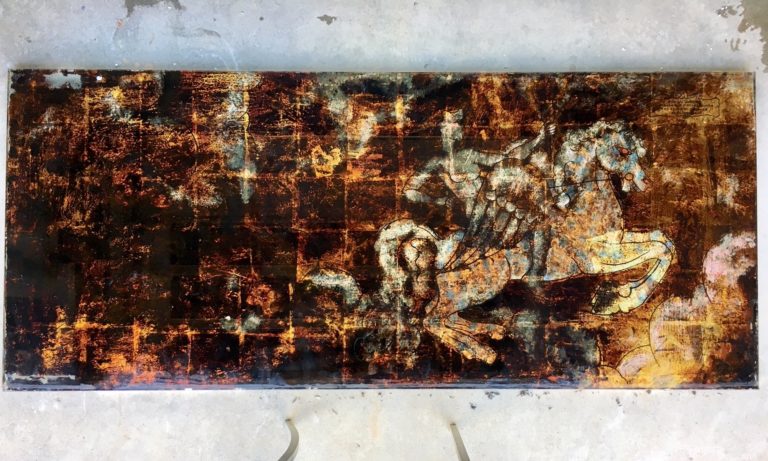 Five very large and impressive reverse glass paintings with mythological scenes. Made in Brussels in the 70s, the date reflects in the style and colour use of the paintings.

The depictions are hand painted in black, blue, brown and silver. Besides paint, the artist also used gold and copper leaf. When the glass panels are illuminated, the light reflects beautifully on the metallic surface.

The depictions all derive from Greek mythology. Among the scenes is a depiction of the god Jupiter and his wife Amphitrite in their carriage carried by sea creatures. Another panel shows Helios, the personification of the sun, in his golden chariot. The other panels show centaurs, goddesses and most likely the god Apollo.

For 15 years these five panels decorated the famous club “Jimmy Woo” in Amsterdam. The Jimmy Woo is owned by entrepreneur Casper Reinders, who, as a collector of Chinese antiques, came up with the idea to create a club of a fictional owner. This fictional owner, named Jimmy Woo, announced his plans to open a club at an unknown location in Amsterdam. Woo was, according to rumors, a well-to-do Hong Kong businessman who, besides running an opium trade, also was a kung fu master.

In the Korte Leidsedwarsstraat two floors were converted into a nightclub in the autumn of 2003. Reinders persisted until after the opening in December 2003 that Jimmy Woo really existed. He even went so far as to create a fake bedroom for the business man in the club. From the beginning, the Jimmy Woo has been a great success. Lots of national and international celebrities visited the club. Many rock stars came to party after a gig in the city, among them Rihanna.

The panels are 200 cm in length and 85 cm in height. The glass is approximately 1 cm thick. The panels are in an overall great condition, however some of the edges have light damages. When installed the damages can be covered up by using a frame. One of the panels shows some damages in the reverse glass painting, in this case in some places you can look through the painting.