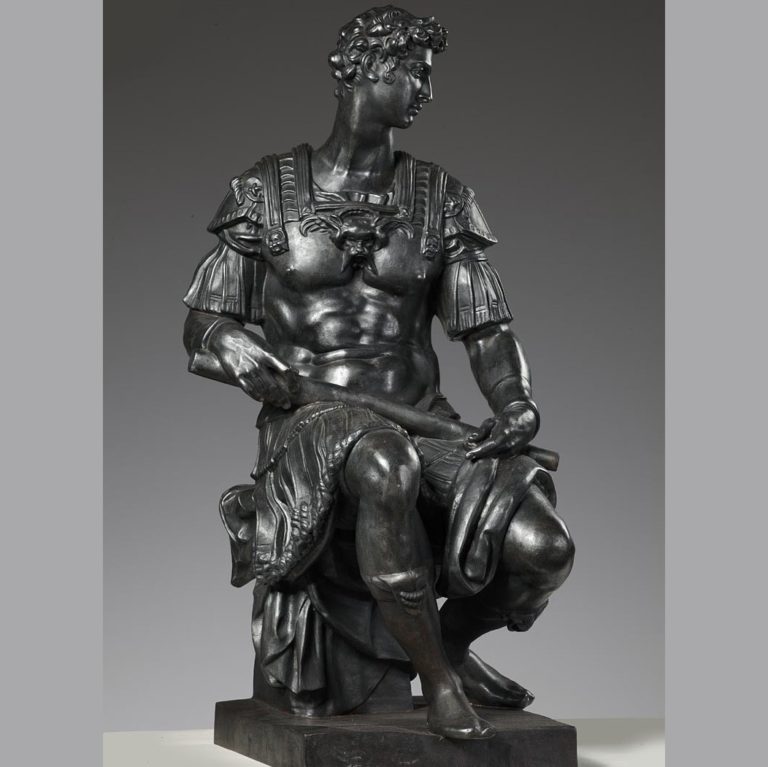 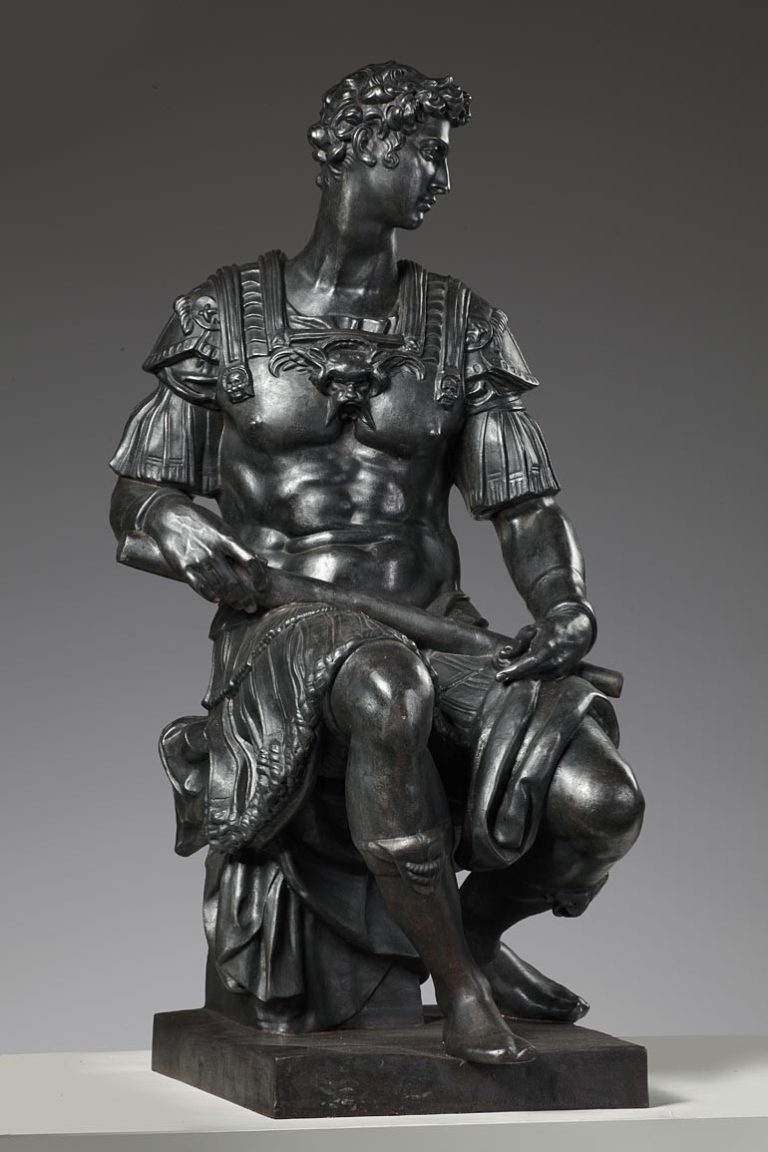 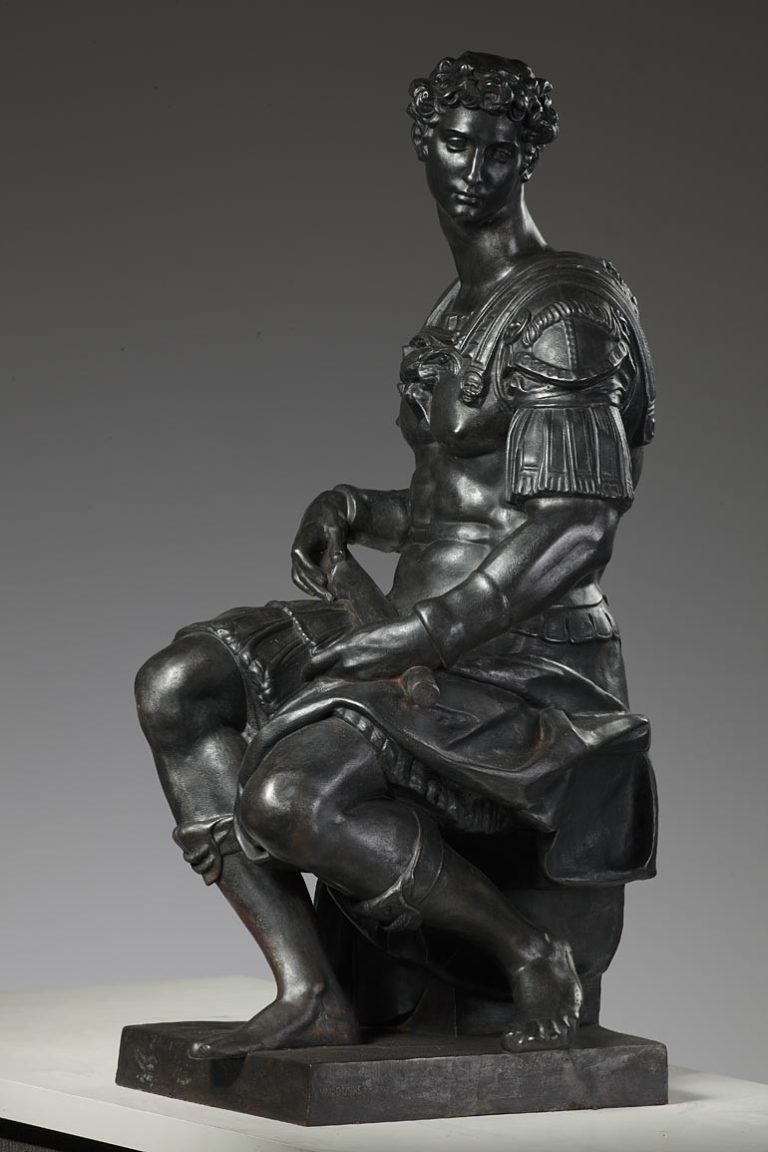 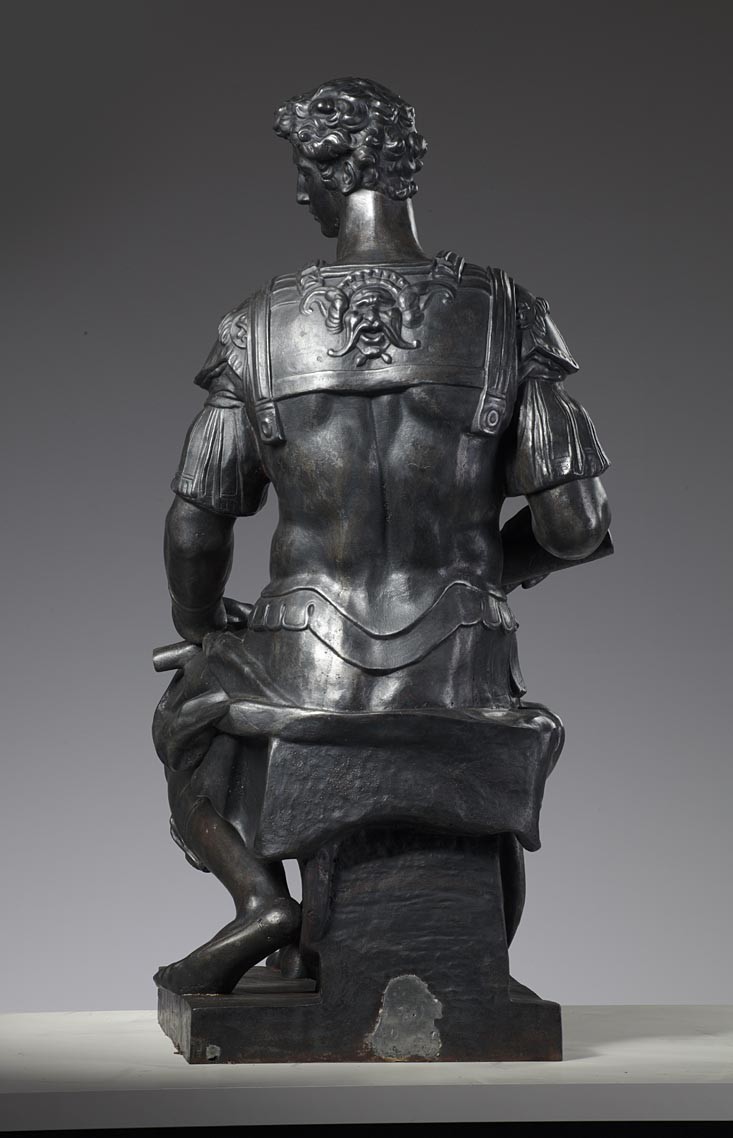 Michelangelo created the tomb of Giulioano de’ Medici for the Medici Chapel of San Lorenzo in Florence between 1520 and 1534. It is widely held to be one of Michelangelo’s greatest achievements.

The pose of the central figure on the tom of Giuliano de’ Medici, arms resting at his sides and legs comfortably apart, and its open composition suggest a contented duke, generous in both mind and spirit and at ease with himself. Light plays freely on his serene face, yet the figure is lacking in energy and seems to wilt under the burden of the Roman armour. Michelangelo did not intend for this sculpture, nor that of Lorenzo, to be a recognizable portrait of the duke, but instead an ideological tribute through its enhanced beauty and dignity.