You are here: Home / Products / Cast iron group representing ‘Amore’ seated on a panther
To Garden statues and ornaments 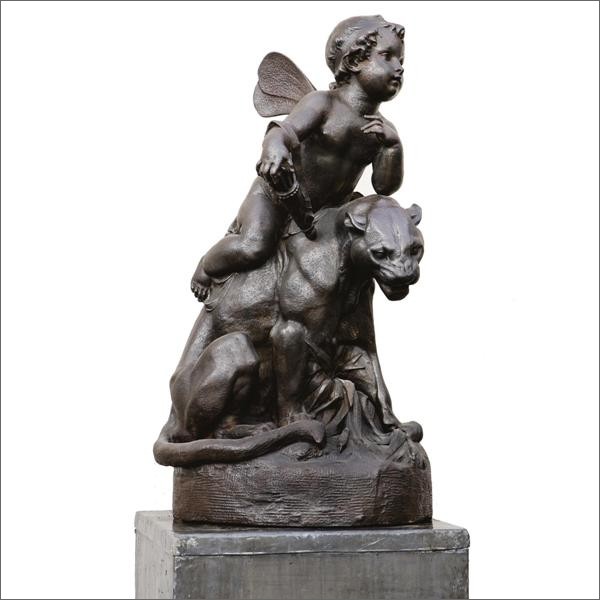 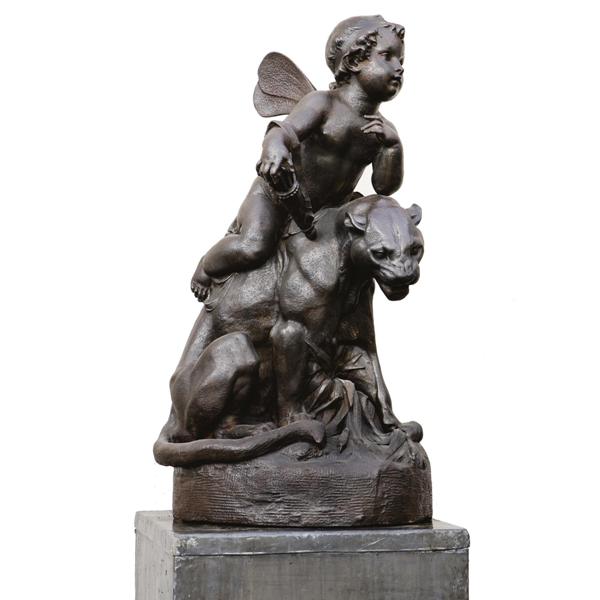 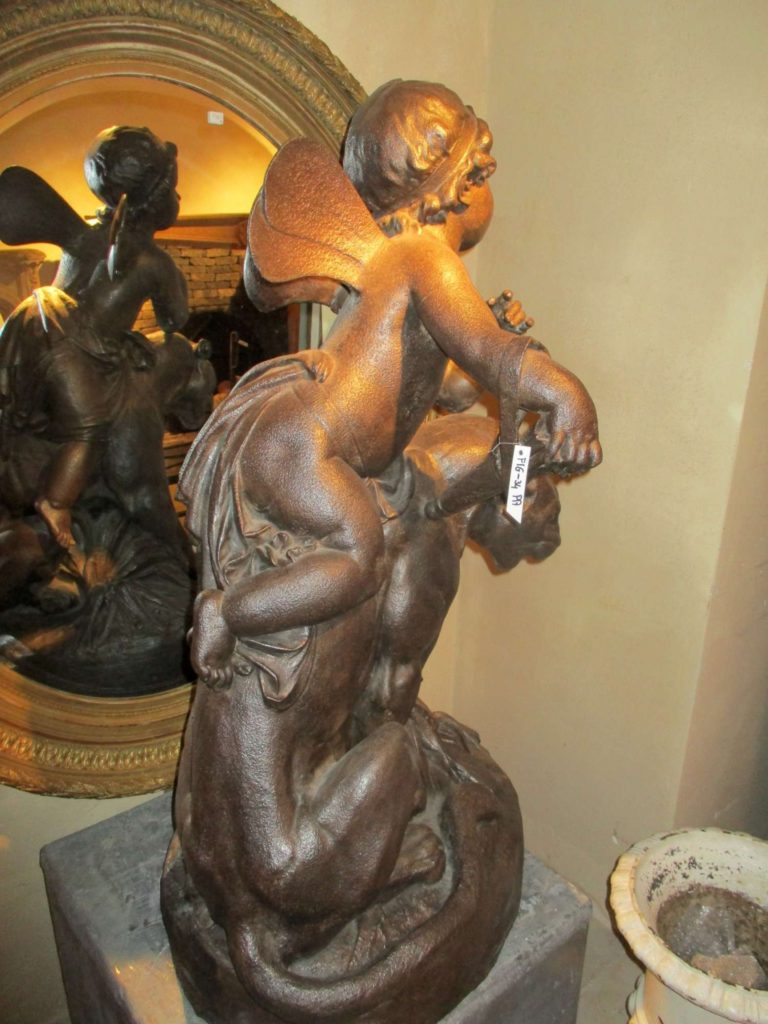 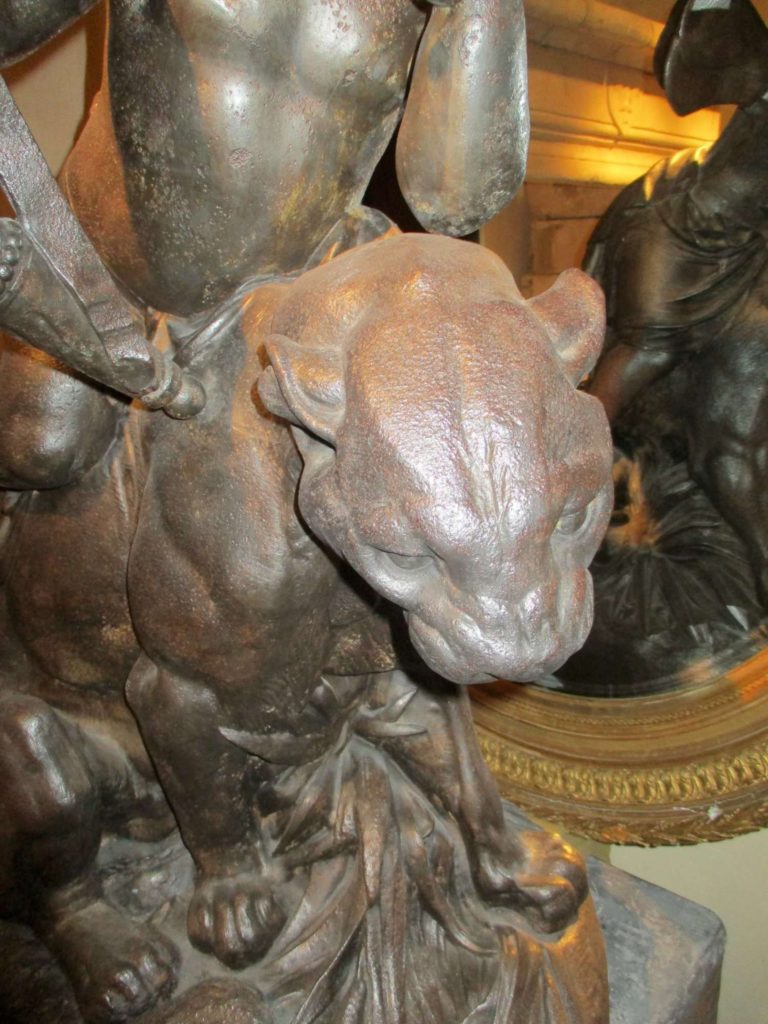 Giovanni Maria Benzoni was an Italian Neoclassical sculptor. He trained in Rome, where he later set up his own workshop, producing work largely in marble and aimed at the Grand Tour market in high quality ‘souvenir sculpture’, (indeed many of his works were specifically selected so as to be easily copied by artisans in the workshop). He gained acclaim for his own work too though and copies in iron of some of these were cast after his death.