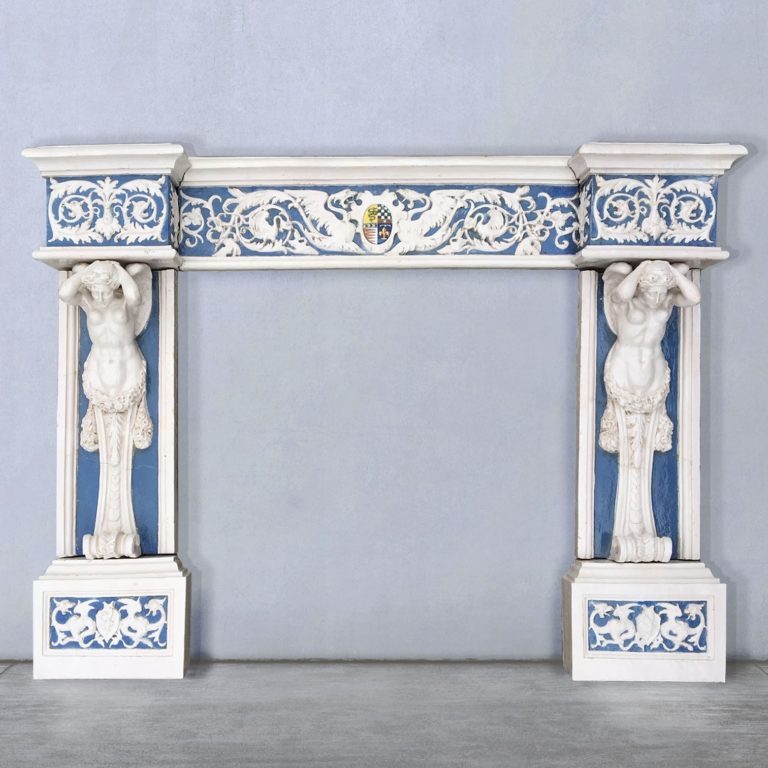 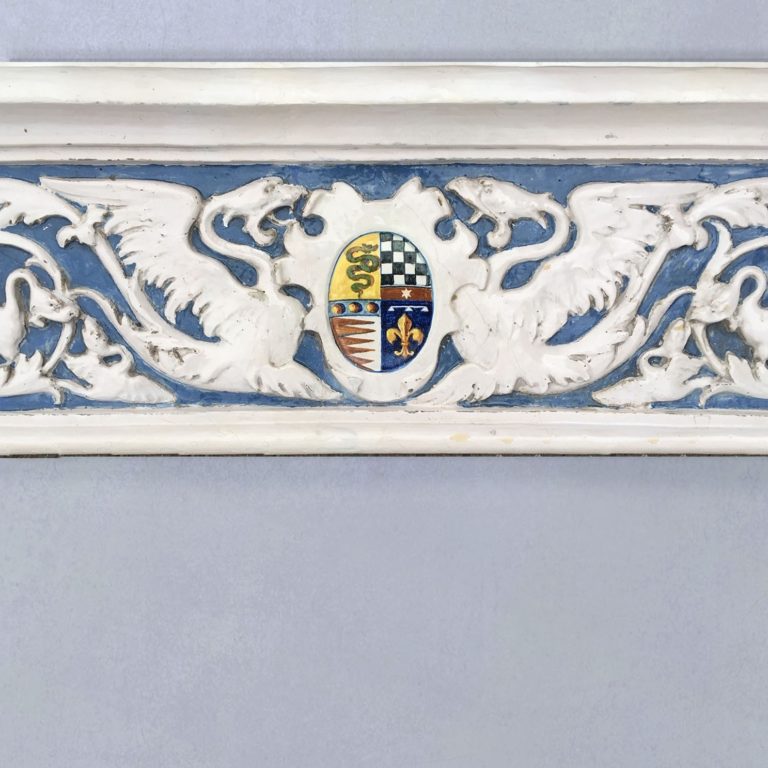 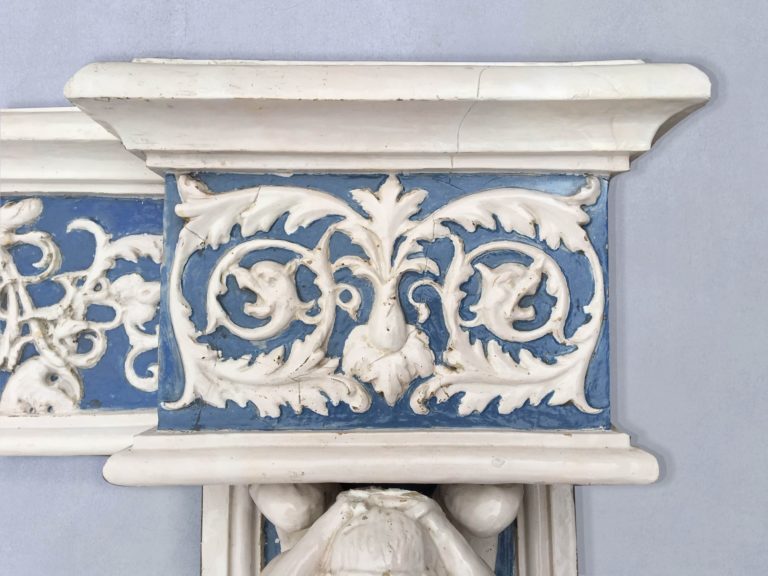 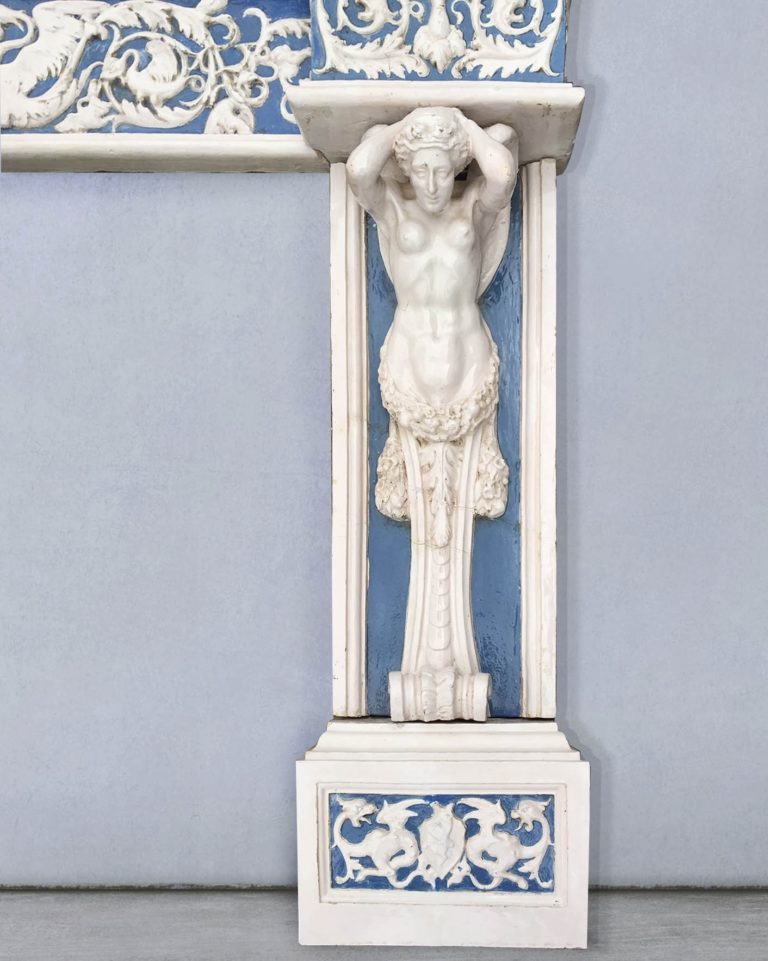 A very special and very rare fireplace in Della Robbia style. The fireplace is made in the 19th century by Ulisse Cantagalli, an Italian leading designer of pottery and lustre ware.

As far as known, there are only 3 of these fireplace in existence; one at Cantagalli’s cousin in Italy, one at the Villier family in an English country house and this one. Notable is the blue and white shiny earthenware, the highly decorative elements and the caryatid on the legs.

The story behind this fireplace:

Influenced by his good relation, the English William De Morgan, a well-known Arts and Crafts artist, who was a great collector of Della Robbia Pottery. De Morgan had a summer house in Florence and had the best oven maker come to Italy to build a new oven, so that Cantagalli could carry out assignments for him. The fireplace was exhibited by the Cantagalli company at the world exhibition in Antwerp in 1885, and was purchased by an Italian family that traded in cocoa and brandy. The mantelpiece was taken to the Gamla Stan Island in Stockholm when the family was fleeing the outbreak of the First World War and the great uprisings against capital in Italy. The black and white photo shows the fireplace in the Stockholm home.