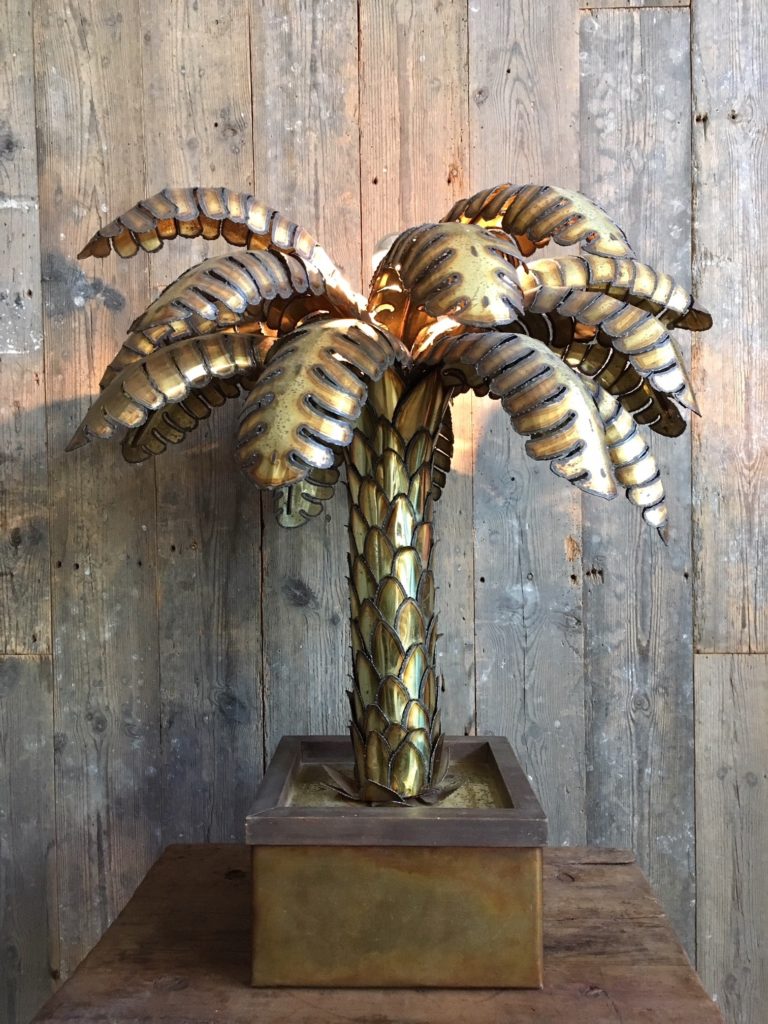 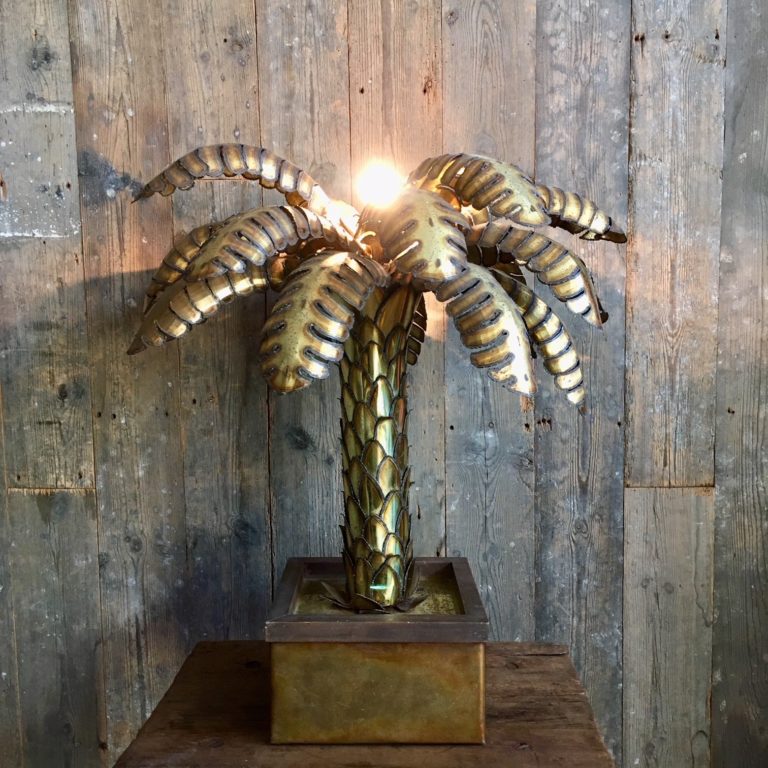 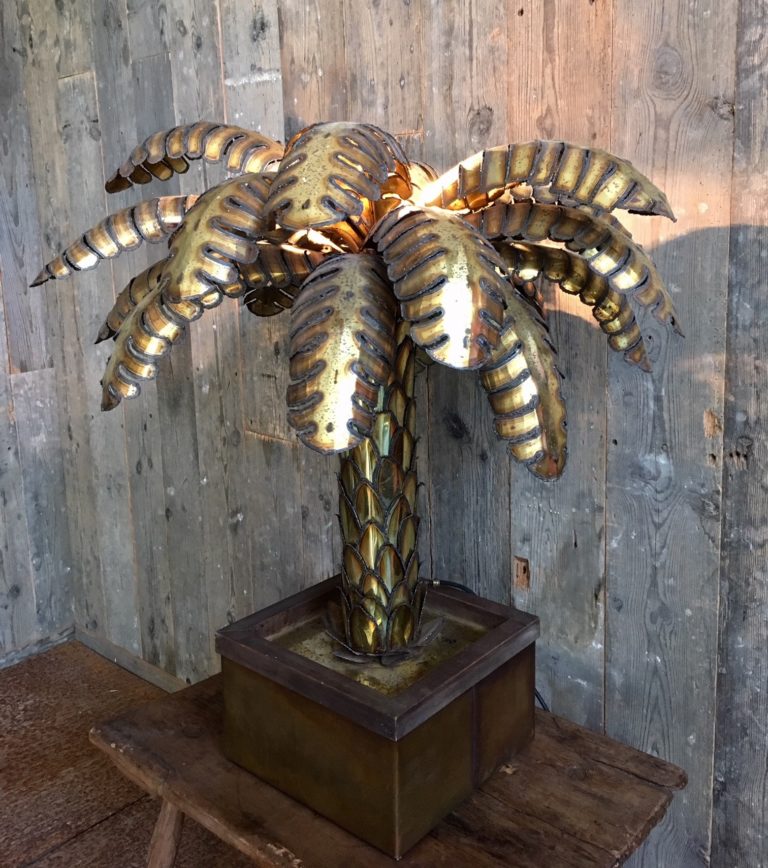 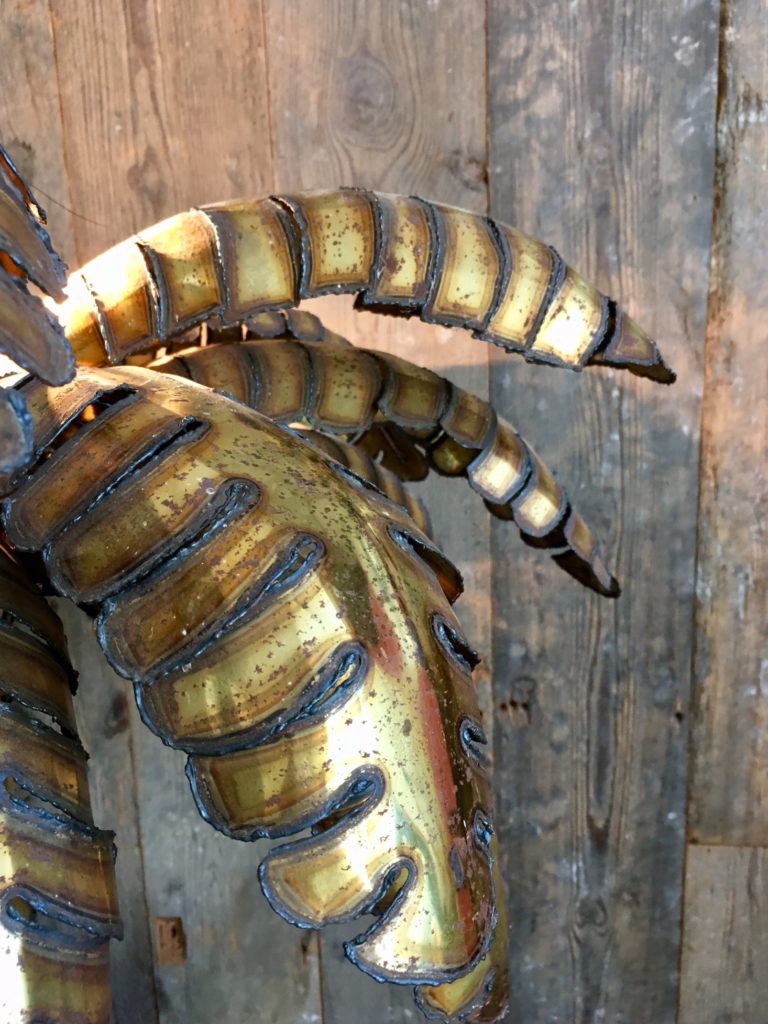 This lamp was made by Maison Jansen in Paris in the 1960s.

Maison Jansen originated in Amsterdam and started as family business H.F. Jansen. Hendrik Fredrik Jansen (1819-1896) lived at the Nieuwmarkt in Amsterdam and specialized in wall paper. Around 1871 the predicate ‘Royal Warrant Holder’ was awarded to him. In the application Jansen called himself ‘room and furniture upholsterer’. In 1877 Jansen took over the furniture firm Stroobants and Broeckx, located at Kalverstraat 122. By that take-over Jansen became furniture manufacturer and interior specialist.
The third son of Hendrik Frederik Jansen, Jan Hendrik, followed in the footsteps of his father and founded Maison Jansen Paris around 1880. It was a firm for interior decoration in an antique and classic style with a great eye for design, details and craftsmanship. In 1885, Maison Jansen moved into a building on the chic Rue Royale. The Maison quickly grew into a leading company for complete interiors. The firm won many prizes and the among the clients were royals and movie stars.
Maison Jansen also managed to draw the attention of American architects and provided the interior design for Vanderbilt, Rockefeller and Kennedy. After 1900 they opened firms in Buenos Aires, Havana and London. Jan Hendrik Jansen died in 1928, his successors continued his work in New York, Prague and Milan. Maison Jansen Paris closed its doors in the 1980s.
This design of a table lamp in the shape of a palm tree was produced in the 1960s. The palm tree is placed in a cubic base. The trunk of the palm consists of parts of brass that are placed over each other, just like a real palm. The lamps are partly covered by leafs which creates a beautiful glow.