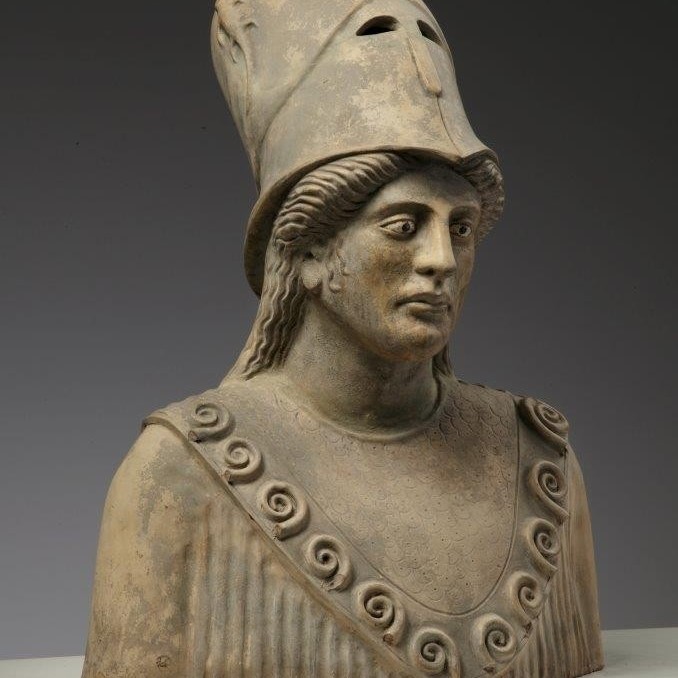 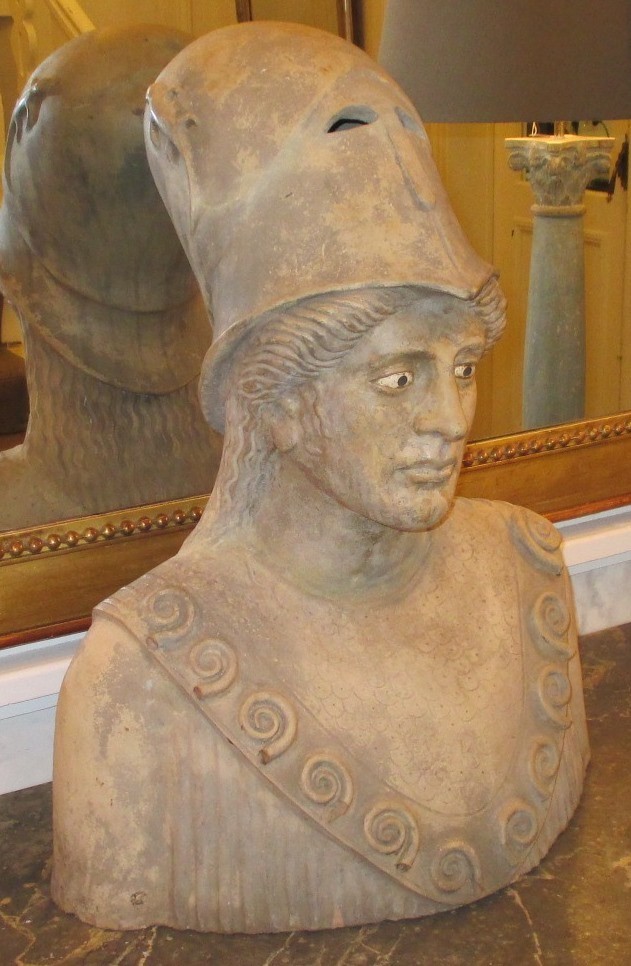 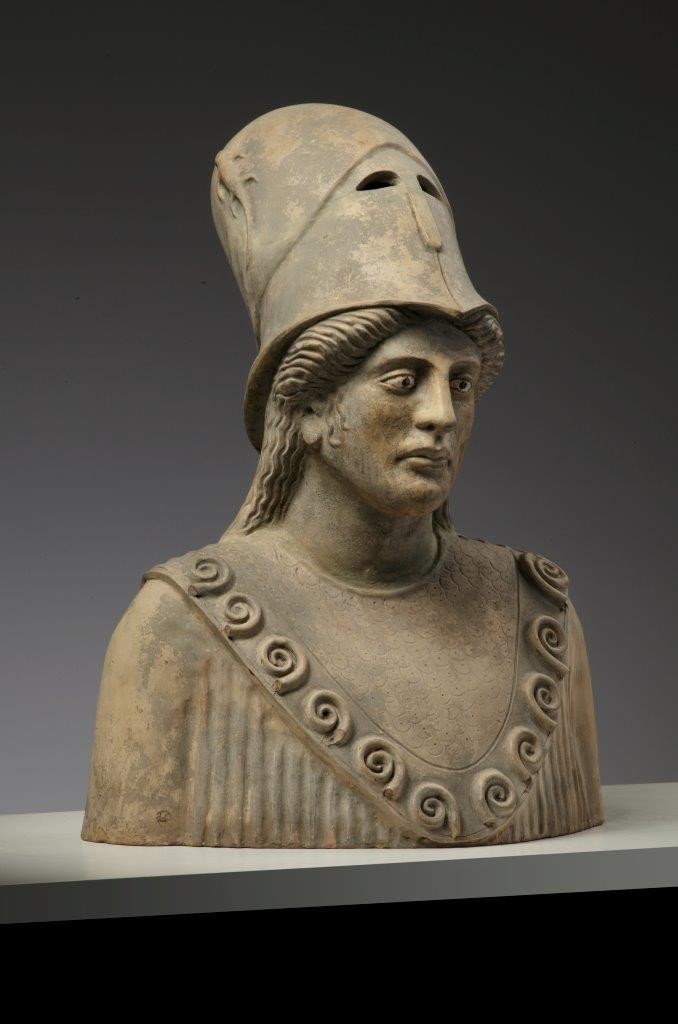 In the manner of the Antique examples, late 19th Century, the helmet modelled with a lizard in relief pushed back, the ‘chiton’ with scrollwork to the ‘decolletage’, 72 cm. high x 55 cm. wide.

This bust bears similarities to the ‘Athena Giustiniani’ a Roman marble of the late 5th – early 4th Century BC, particularly in the scrollwork to the drapery, but it would appear to be the sculptor’s own version of what was a generic subject, the portrayal of Athena/Minerva with her helmet pushed back atop her head.