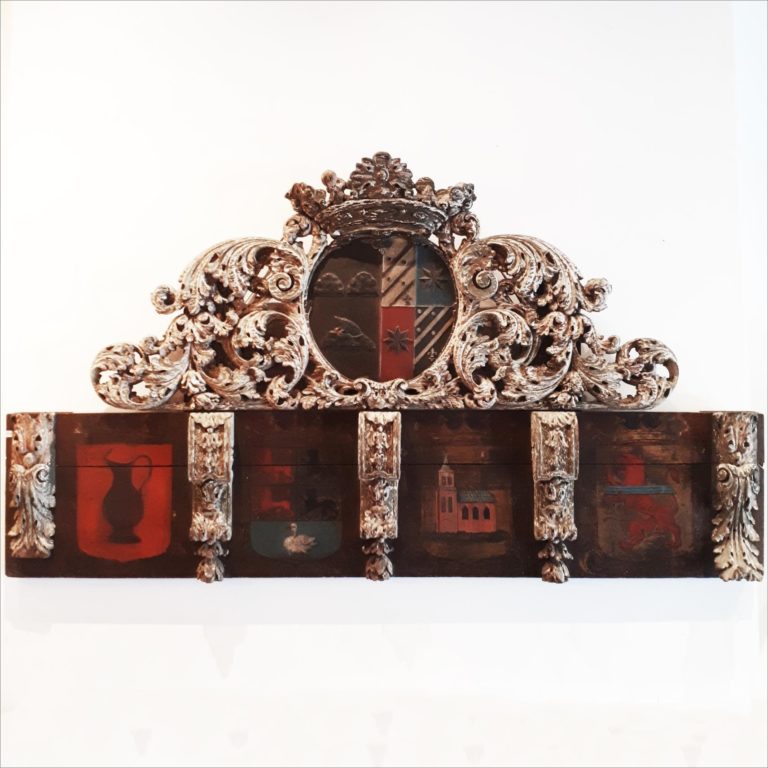 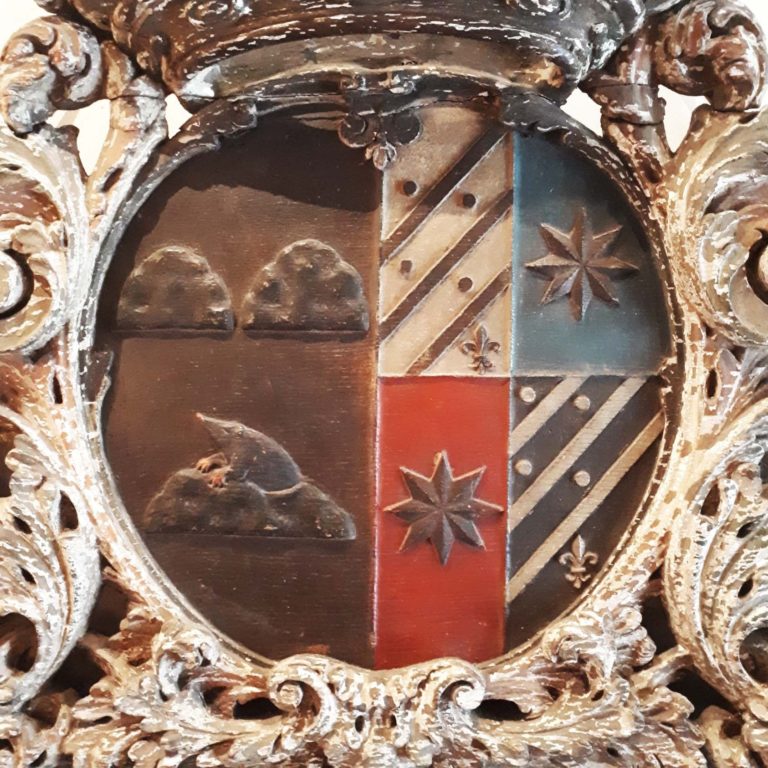 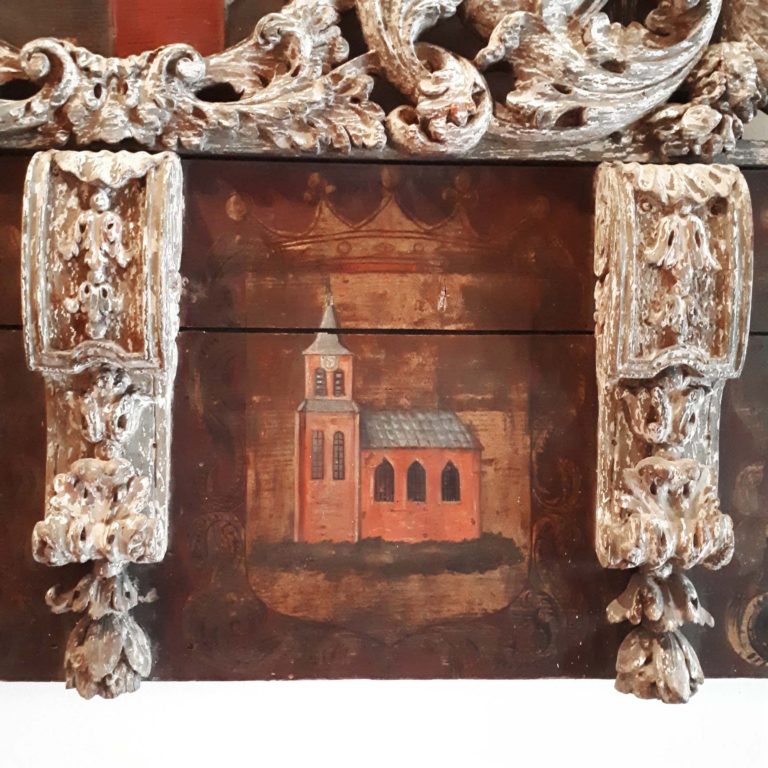 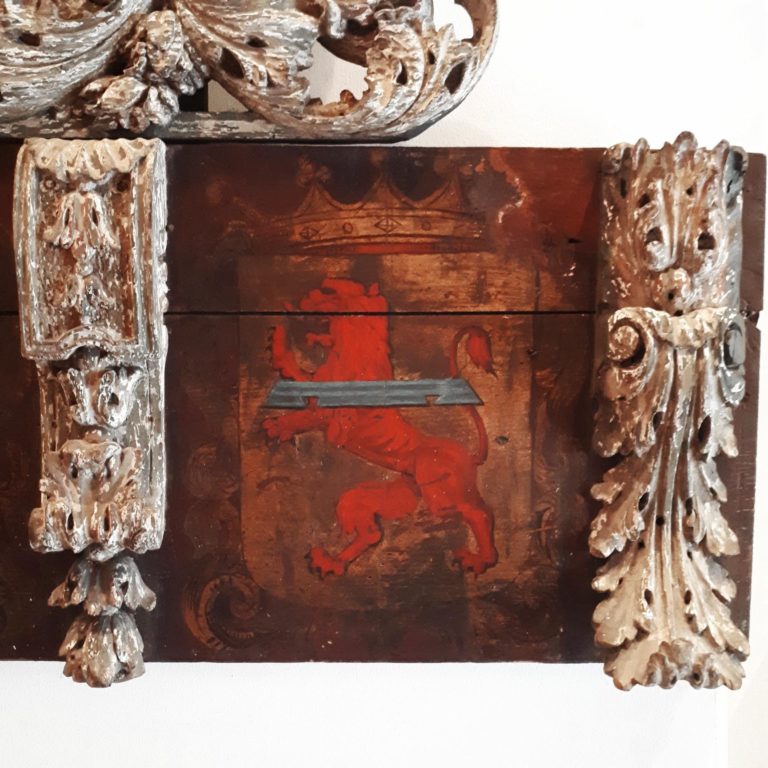 Presumably the wooden coat of arms was made between 1710 and 1720, probably commissioned by Anna de Haze. She was married from 1710 to 1727 to Gilles Graafland. Graafland was regent of Amsterdam between 1714 and 1727.

‘Anna de Haze inherited from her uncle Jeronimo de Haze, a merchant on the Levant and mayor of Amsterdam: 3.5 million guilders, 2 canal houses on Herengracht, a country house in Vogelzang and title Lady of Mines and both Loosdrechten and Stabroek . At the time, she was the richest woman in Amsterdam. She was later married to Mr Lieven Geelvinck, Lord of Castricum, mayor and council of the city of Amsterdam. ”

“In a church in Loosdrecht there is the same kind of shield, but then of stone. At the bottom of the board are the weapons of both Loosdrecht and Stabroek. On the round part above, on the left, is the Gilles Graafland coat of arms with 3 molehills of which 1 mole crawls out. At the top right, Anna Haze’s coat of arms is divided into 4 quarters with eight pointed stars and French lily stripes and bars with dots. ”