You are here: Home / Products / 30s Walnut Design Sideboard by Charles Dudouyt (on hold)
To Cabinets and drawers 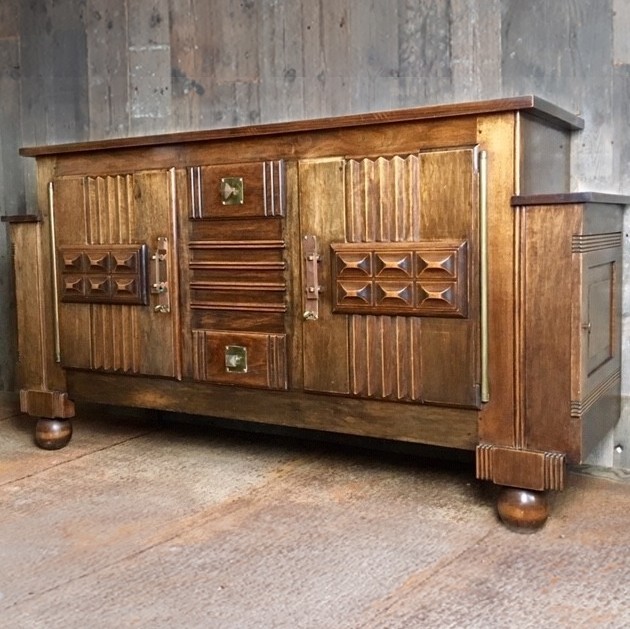 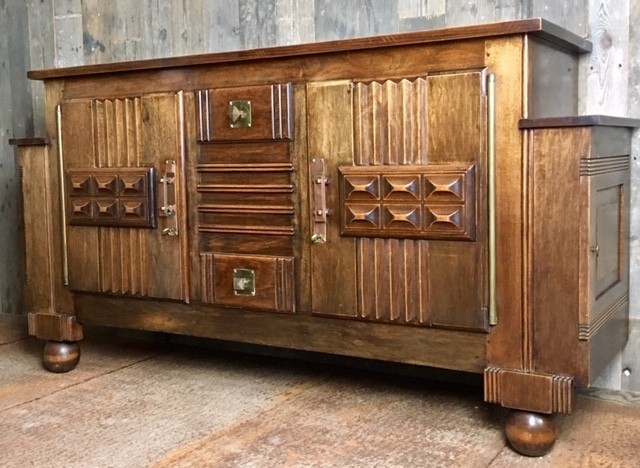 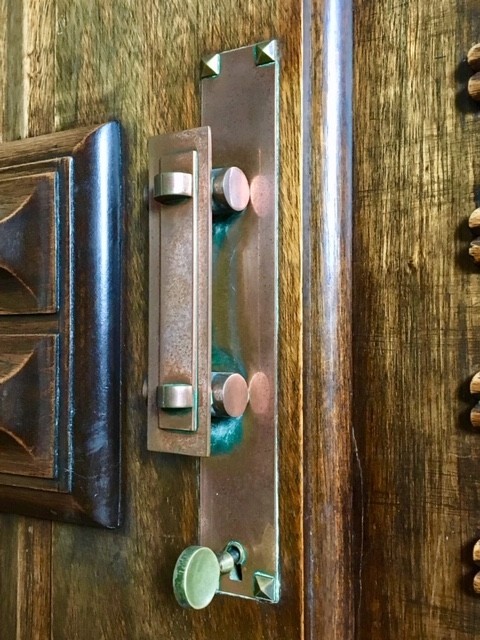 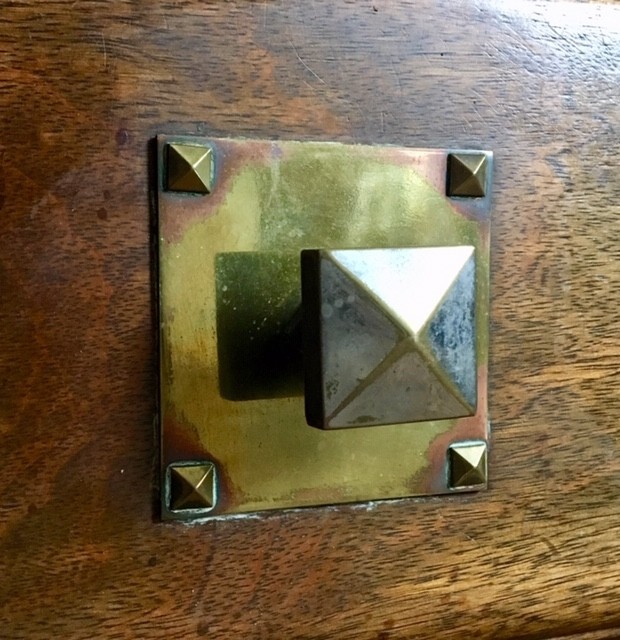 Beautiful walnut sideboard by the French designer Charles Dudouyt. The cabinet was made in the 30s and is a fine example of a progressive, clean and modern style, but influenced by Art Deco and the Arts and Crafts movement.

The cabinet has three doors and two drawers. A lot of time and craftsmanship has gone in manufacturing the beautiful details like ridged circles and locks with keys in Art Deco style.

A major figure in early 20th-century French design, Charles Dudouyt moved France’s design aesthetic from an elaborate classicism to a more modernist sensibility. Following World War I, Dudouyt manufactured lamps and other decorative objects. He moved to Paris in 1933 and turned away from French classicism, adopting more refined contemporary forms. His style is characterized by an honest approach to simple materials like wood. Dudouyt’s move to Paris coincided with a more ambitious scale of production; he switched from making decorative objects to large furniture sets including tables and chairs.