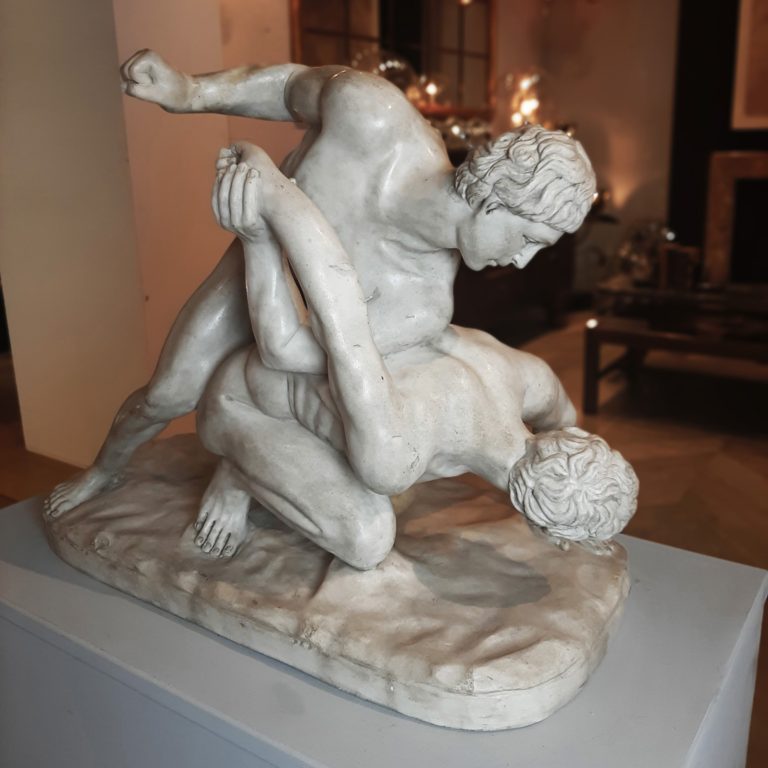 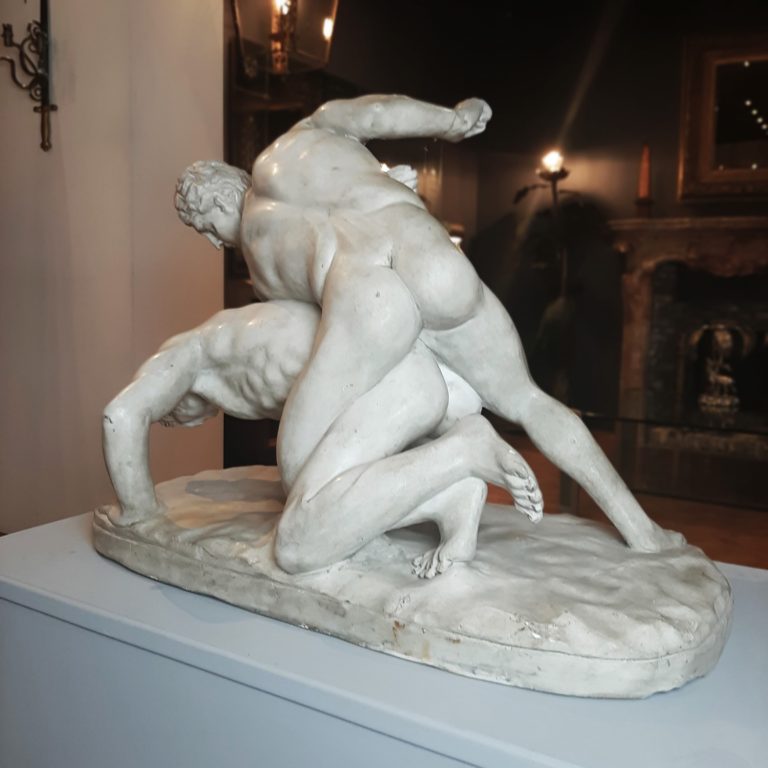 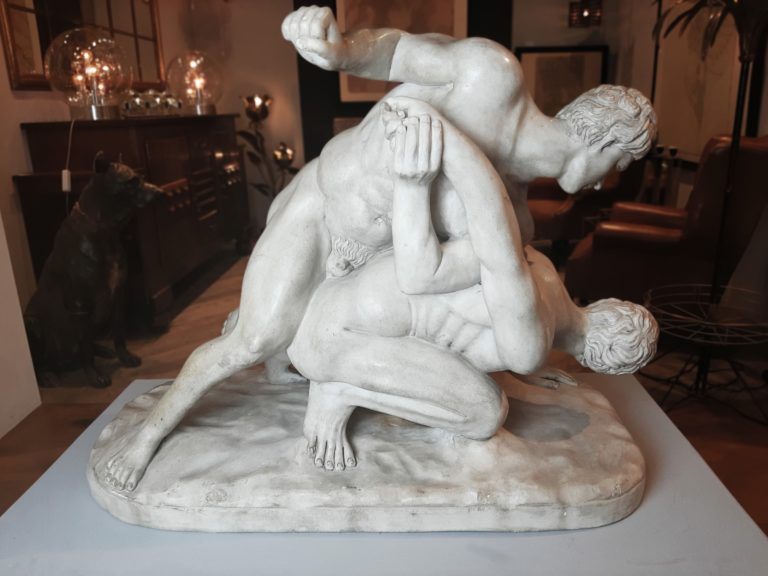 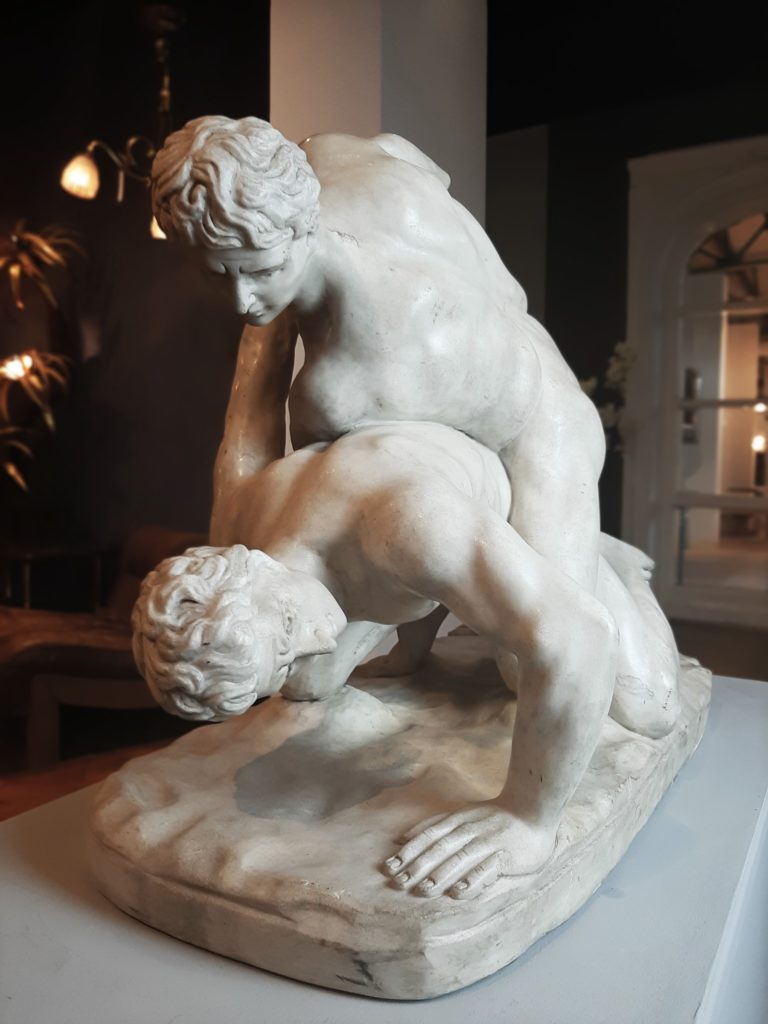 A 19th century Grand tour Marble group, after the Roman antique of “The Uffizi Wrestlers” which was made after the lost original Greek statue from the third century BC. The Roman “Wrestlers” is now among the Medici collections in the Galerie degli Uffizi, Florence, where it was depicted by Johan Zoffany in his “The Tribuna of the Uffizi” painted in 1722.

This beautiful quality Carrara marble Sculpture of “Two Wrestlers” or “The Pancrastinae” depicts two young men engaged in a type of martial art combat called Pankration. In Greek mythology, it was said that the heroes Heracles and Theseus invented pankration as a result of using both wrestling and boxing in their confrontations with opponents. It was introduced as a sporting event in the Greek Olympic Games in 648 BC and was an empty-hand submission sport with scarcely any rules.

Copies of the iconic sculpture have been reproduced in both marble and bronze both full-size and miniature, and as ‘Grand Tour’ statues. Phillipe Magnier also produced a marble group for the gardens of Versailles, later moved to Marly, now in the Louvre, Paris.